All About the Cognitio Dei Insita 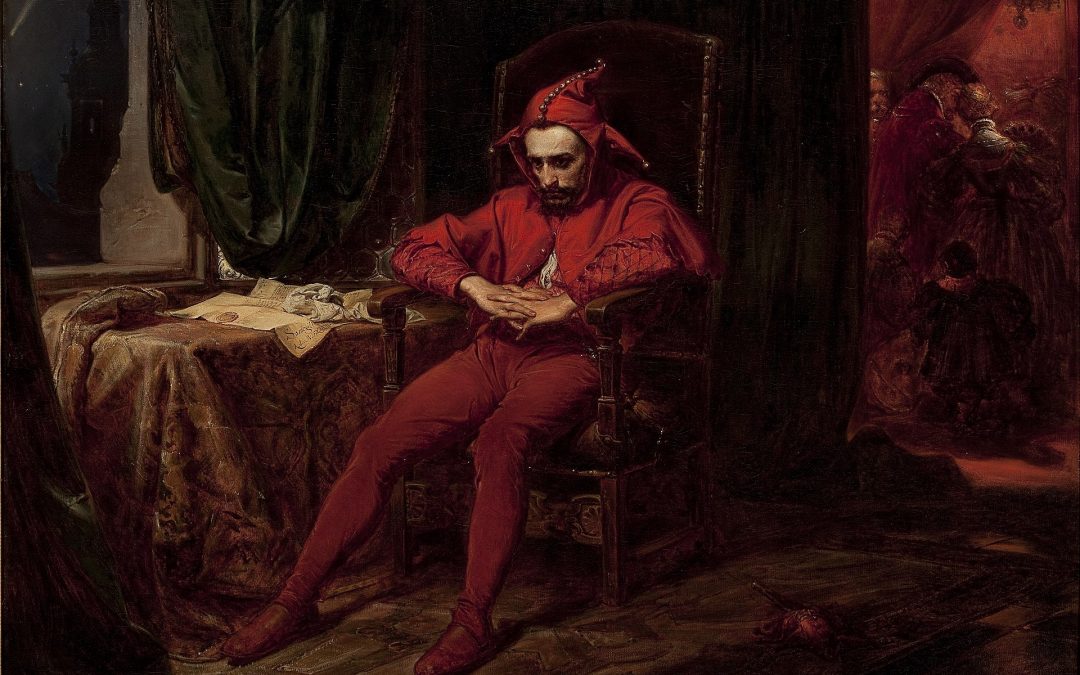 The orthodox have usually maintained a threefold theology, what Francis Turretin called a “threefold school of God,” that of: nature, grace, and glory (Institutes, vol. 1, p. 5). The theology of nature, or natural theology (theologia naturalis), has as its object the created world through which God has revealed Himself (Rom. 1:18-20). And as such it is performed inevitably by the unregenerate in some measure. The theology of grace, or pilgrim theology (theologia viatorum), belongs to the church and has as its primal object the Scriptures, yet obviously does not exclude natural theology. And the theology of glory (theologia beatorum) is the beatific vision received by the saints at their glorification.

Continuity Between the Writings of Francis Turretin & Herman Bavinck

Within the first category of natural theology, Turretin understood there to be a bifurcation between two distinct sub-categories of natural knowledge: innate knowledge and acquired knowledge (Ibid., p. 7). There has been a lot of chatter over the last week, and certain is it to increase in the coming month, about the nature of this innate or “inborn” knowledge of God. The Reformed of the post-Enlightenment era, especially those in the 20th century, emphasized this innate knowledge leaning heavily upon John Calvin’s sensus divinitatus, (the divine sense). Herman Bavinck says:

Calvin made a distinction between general and special grace and explained all the good still left also in sinful humans in terms of the former. He specifically believed that an ‘awareness of divinity’ (sensus divinitatus) was present within the human mind “by natural instinct (Bavinck, Reformed Dogmatics, vol. 2, pp. 61-62).”

Bavinck goes on to understand this sense or awareness as a “conviction” that there is a God “naturally inborn.” Quoting Calvin further, he says, “people cannot open their eyes without being compelled to see him.” He goes on to clarify, “‘Implanted knowledge of God’ does not mean that all people are immediately endowed by God himself with sufficient knowledge so as to be able to dispense with revelation… we possess both the capacity (aptitude, faculty) and the inclination (habitus, disposition) to arrive at some firm, certain, and unfailing knowledge of God.” Speaking to how humans obtain and develop this knowledge, Bavinck writes, “Human beings gain this knowledge in the normal course of development and in the environment in which God gave them the gift of life.”

There is no evidence Bavinck understood the innate awareness of God to be a kind of pre-downloaded ectypal revelation of God, which some other theologians and philosophers in the 20th century would refer to as immediate knowledge. And in this way, there is continuity between Bavinck and Turretin on this point. Turretin, after all, held that, “it is certain that no actual knowledge is born with us and that, in this respect, man is like a smooth tablet (tabulae rasae) (Institutes, vol. 1, p. 6).” Turretin, like Bavinck, did not think of this knowledge in terms of rationcination or discursive per se, but neither did he think of it as inborn, pre-downloaded content, calling it instead, “apprehensive and intuitive knowledge.” It is an indemonstrable form of knowledge which still must arise, and is thus not immediate. The creature finds themselves believing in various moral principles and a higher power, not originally but intuitively.

The Discontinuity Between Turretin, Bavinck, & Other 20th Century Theologians

Another branch of speculation formed in the 20th century off the same concept used by Turretin and Bavinck, the sensus divinitatus. Though the concept of epistemic immediacy comes into Bavinck’s corpus, as we’ve seen above, he tempers such language with the orthodox understanding of the cognitio Dei insita (innate knowledge of God). This would not be the case with those such as Cornelius Van Til and Greg Bahnsen, both of whom would make knowledge of God immediate in the apparently Socinian sense. Where this divide becomes quite apparent is in the notion of derived vs. underived knowledge. Both Van Til and Bahnsen thought immediate knowledge, in terms of which they understood innate cognition of the divine, was underived in terms of one’s possession of it. They thought it was content original or natural to the creature. Bahnsen, for example, says, “Unbelievers have a true knowledge of the existence and character of God, which is justified by the evidence directly apprehended in God’s clear and inescapable natural revelation of Himself (Van Til’s Apologetic, p. 261).”

Notice, Bahnsen does not say the unbeliever has this knowledge through the evidence directly apprehended in God’s natural revelation, but only that the unbeliever’s knowledge is justified by such. In the same place, he calls this “immediate knowledge,” and opposes it to derivative knowledge, “This is immediate knowledge, rather than knowledge derived by inferences and discursive arguments.” Van Til says, “In the sensus divinitatus, then, we find a welling up within the consciousness of man an immediate awareness of the fact that God is the creator and sustainer of the world (Ibid., 186).” But Bahnsen had just described Van Til’s doctrine of natural revelation as consisting of “the created order… a medium of constant, inescapable, clear, preinterpreted information about God… (Ibid., 185).”

This is odd because Bahnsen wants to insert a medium into an equation concerning immediate knowledge. These two things are mutually exclusive. One cannot have immediate knowledge and have mediate knowledge at the same time and in the same relationship. Such would be a violation of the law of noncontradiction. Van Til appears to agree with Bavinck and even Turretin in the above quote until he equates the sensus with immediate knowledge. If Van Til believed that, according to the sensus divinitatus, rational creatures find welling up within their consciences an awareness of a God, as Bavinck likewise held, then he would certainly be incorporated into the canon of Protestant Reformed orthodoxy on this point. But he did not.

The Significance of Immediate Knowledge

There are massive implications for asserting an immediate knowledge of the divine, rather than a derivative knowledge through one medium or another. The greatest implication is perhaps a slip into pantheism. Pantheism holds that God and the world are identical in essence. To know the world is to at once know God because God and the world are the same thing. For one to have immediate knowledge, it would seem the world would itself need to be God, either the conscience of man is God, or the stars in the heavens are God, or both. Either God and the stars are the same thing, leading to immediate apprehension. Or God is known through the stars leading to mediate apprehension. But these propositions cannot both be true.

The precommitment to immediate knowledge is, perhaps, one reason why Van Til irrationally makes the ontological Trinity both the starting point and the conclusion of the theistic proofs, “To be constructed rightly, theistic proof ought to presuppose the ontological trinity and contend that, unless we make this presupposition, all human predication is meaningless (Ibid., 621).” A surprising statement to be sure. On this assumption, the trinity must be known through nature. And for Van Til, that would mean innately so. Why is this the case? Because if something is presupposed in an ultimate sense, then it is not concluded in any sense. It is held prior to and in back of any and all discursive or intuitive conclusions. This begs the question of the place of faith and the function of Scripture. And it gives the impression that Van Til thought the doctrine of the trinity is a mixed article (revealed in both nature and Scripture rather than Scripture only), right along side the goodness, power, and wisdom of God.

More importantly, however, it shows the subjectivism baked in to Van Til’s line of thought. Unless a mental presupposition is made, then all predication is meaningless. Thus, the ontology referenced by the predication would also be meaningless unless the proper epistemological disposition were to be adopted. How can this not end in utter relativism at best or magic at worst? When one thinks rightly (presupposes the right thing), predication becomes meaningful, or so thought Van Til. In his attempted escape from “neutrality” Van Til has banished any and all common objectivity. This is why we hold that Van Til has confused epistemology with ontology. At bottom, the validity of ontological statements are determined by epistemological posture.

Van Til reveals a capitulation to Hume’s skepticism when he writes, “The words ’cause,’ ‘purpose,’ and ‘being,’ used as universals in the phenomenal world, could not be so used with meaning unless we may presuppose the self-contained God (Ibid., 621-622).” The meaning, not only of the words, but necessarily the concepts they signify, are completely reliant upon our thought. This, of course, is not all Hume’s influence. For our purposes here, Hume only cast doubt upon causality, a doubt which Van Til erroneously appears to take seriously. But the influence upon Van Til is also Kantian (and critical) evinced by the assumption of a separation between objective meaning and phenomenology. What would reconcile the noumena to the phenomena, for Van Til, is a belief or presupposition.

The rejection of immediate “inborn” knowledge by the Reformed orthodox was more than a mere nuance of thought, indicative of their quasi-scholastic leanings. It was a conscious effort to rightly place human knowledge within the context of reality by maintaining, implicitly or explicitly, the distinction between epistemology and ontology. Van Til and Bahnsen’s rejection of derivative knowledge was more than just a minor mistake, confusing the implicit rationale and intuition with explicit argumentation (another Van Tillian confusion to be sure). It is a total confusion if not identification of the phenomenal with the noumenal, the epistemological with the ontological. And this, I believe, was unintentional on Van Til and Bahnsen’s part, but it is most certainly an example of what happens when mistaken assumptions are (almost) taken to their logical ends. Would Bahnsen ever say reality depends upon what we think of it? My guess is he would answer, “No, but our interpretation of reality depends upon what we think of it,” or something along those lines.

There is, therefore, a blessed inconsistency here. Van Til and Bahnsen are certainly not pantheists or relativists, nor do they claim Kantian idealism. However, the things they’ve said would most certainly land them in all three camps if they were being logically consistent. If meaning is determined by what we think of it, then there is no objective meaning at all. For this reason, I believe the Reformed Scholastics of the 17th century, and those who maintained continuity with them on this point, among whom were Bavinck, Warfield, and Hodge, did a much better job at holding epistemology in its proper place in relation to ontology than do Van Til and Bahnsen. And one of the ways they did this was properly defining and situating the cognitio Dei insita, or the innate sense of the divine. If immediate, implied is pantheism. If not, then men know God mediately through common or shared inborn principles. The former we reject, the latter we affirm.