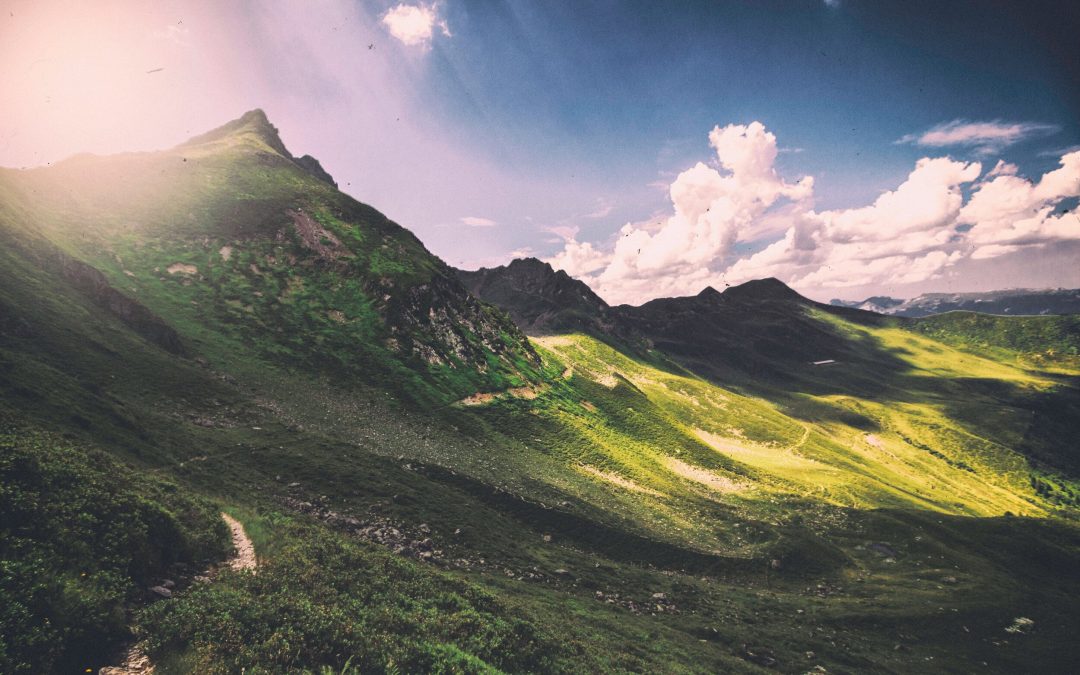 No, God Has Not Taken Away Our Worship: A Response

Is anyone among you sick? Let him call for the elders of the church, and let them pray over him, anointing him with oil in the name of the Lord. — James 5:14

For he who eats and drinks in an unworthy manner eats and drinks judgment to himself, not discerning the Lord’s body. For this reason many are weak and sick among you, and many sleep. — 1 Corinthians 11:30-31

For bodily exercise profits a little, but godliness is profitable for all things, having promise of the life that now is and of that which is to come. — 1 Timothy 4:8

But if so much concern be discovered for the safety of the body, we may conclude, how much care and attention should be devoted to the safety of the soul, which in the sight of God is of infinitely superior value? — John Calvin

This is the article that I didn’t want to write. Some questions I’ve asked in carefully considering what I should say and how to say it are: Do I use names? What sort of rhetoric should I use? How can I obey and glorify God in this response? I do not take this response lightly, and I’ve carefully considered what follows. The purpose of this article is not to call people out, it’s not to be argumentative, but it’s to edify the brethren through fruitful discourse. My motivator here is love—both love of God and love of neighbor.

The men to whom I’m responding are close to me, not personally, but doctrinally. Therefore, they and I are united upon the truth of the gospel in Jesus Christ. Because of this, I was surprised to see implied charges of murder and wicked intent coming from some of these men, the charges being made against churches who have chosen to assemble during these perilous times.

Because of the approach I’ve elected to take, I’m going to paraphrase some of these statements without mentioning names or quoting them directly with the exception of one article, the author of which voluntarily made himself known and thus, I will go ahead in citing his material directly. I am not trying to be evasive. I’m only trying to protect the names of individuals I care about. I am also uncertain as to whether or not they would approve of their names being mentioned. Thus, I’ve opted to maintain privacy at this point.

Men throughout the ages have utilized Scripture within their rhetoric. Rhetoric is a good thing if used properly (cf. the apostle Paul in Acts 17). But rhetoric in which the Scriptures become nothing more than a rhetorical tool of persuasion is flimsy rhetoric. Flimsy rhetoric happens when a person takes a verse (say, John 3:16), and hastily misapplies it in their argumentation without regard to the actual meaning of the text itself. An example might be as follows: “In John 3:16, it says ‘whosoever will.’ Therefore, free will initiates our salvation!” Such flimsy rhetoric takes for granted an application that has yet to be argued for. This is to beg the question. More exactly stated, it’s a commission of the petitio principii fallacy, or circular reasoning.

There are three texts some have used in order to argue for the cancelation of worship services in obedience to governing authorities at both local and state levels.

Of how much more value then is a man than a sheep? Therefore it is lawful to do good on the Sabbath.

Some have drawn application from this text obliging Christians to cancel worship in order to look out for the welfare of their fellow brethren during the spread of COVID-19. But the context of this passage is within the context of Jesus healing a man on the Sabbath, at which point the Pharisees attempted to chide Him for performing work on a day of rest (Ex. 20:10).

It is impossible to get from “be willing to alter your worship pattern for the sake of your brethren” to “cease having a worship pattern altogether” without more information from the text itself. This text does not explicitly nor necessarily intimate such a wild conclusion. Jesus’ healing work of mercy happened within the context of worship, not instead or apart from it. Jesus’ works on the Sabbath always served to show forth the beauty of that Day rather than detract from it in any way.

Works of mercy serve to adorn what is already there, not abrogate it.

Let every soul be subject to the governing authorities. For there is no authority except from God, and the authorities that exist are appointed by God.

Therefore, it is a wide stretch to suggest canceling worship is an act of obedience per Romans 13. Romans 13 does not give the government the authority to alter or do away with what God has commanded. The church should make alterations according to the light of nature—insofar as God’s Law allows—if she perceives an imminent threat. But this is not the same as canceling services altogether.

Woe to you, scribes and Pharisees, hypocrites! For you pay tithe of mint and anise and cummin, and have neglected the weightier matters of the law: justice and mercy and faith. These you ought to have done, without leaving the others undone.

I have seen this verse used to imply those who continue divine worship at this time are murderers at worst and Pharisees at best. The claim here is that this text provides precedent for suspending positive laws in order to uphold moral laws. But this isn’t Jesus’ point. Not even remotely.

The distinction here is not so much between positive laws and moral laws as it is between the letter of the law and the spirit of the law. The Pharisees were keen to fulfill external obedience, yet their hearts were far from God. They lacked sincerity in their worship because they had not been born again, a point Jesus elsewhere emphasizes during a discussion with—you guessed it—a Pharisee (Jn. 3:3). The Pharisees were hypocrites because they continued on with the external affairs of worship while neglecting the spirit of the laws they sought to uphold—justice, mercy, and faith. Thus, they should have obeyed the ceremonial laws under which they lived while not neglecting their substance.

An article by David de Bruyn titled ‘Wrong Responses to a Loss of Corporate Worship’, seeks to draw comparison from events following the destruction of the Temple in 70 A.D. to our current situation.

De Bruyn begins by saying, “When Israel lost its Temple in A. D. 70, you might imagine it would have prompted much soul-searching and repentance among the rabbis that had rejected Jesus as Messiah.” The destruction of the Temple, mind you, is supposed to be seen as analogous to the current restriction on worship imposed by the state during the COVID-19 outbreak. Much “soul-searching” was to be expected then as it is to be expected now. Yet, in and after 70 A.D., there was a lack of soul-searching just as there is now. These are the lines being drawn at the very outset of the article.

The general thrust of the text seems to be: Stop trying to continue your worship. Instead, understand that worship has been suspended for a season. Use this as a time to examine your own heart.

He continues by saying:

Instead of soul-searching as to why the central place of Jewish corporate worship had been removed, the Pharisees capitalized on the moment, knowing the Sadducees had lost their power. The synagogue would now become the center of Jewish religion, and the study of Torah a de facto form of atonement.

Was it bad for the Jews to want to continue worship as a result of the destruction of the Temple? Yes. But why? Because they had rejected the Messiah and, thus, were left without a lawful means of worship. This is not the case for many churches who have opted to continue worshiping during these trying times. New Covenant people are free to worship according to New Covenant ordinances unless God Himself changes or abolishes those ordinances through special revelation.

My argument was simple: we should mourn the loss of corporate worship, encourage home and family worship, pastor and disciple through technological means, but not attempt to create the impression that we are really still conducting corporate worship, in the truest sense.

Where in the Scriptures are pastors given the authority to cancel worship? Historically, only God Himself has done this, not through natural means, but through special revelation in concert with providence (i.e. a pronounced or prophesied judgment). De Bruyn continues:

Instead of asking how God might be chastening us, we find a way to notice the crisis without pondering its meaning, to respond to its exigencies without responding to its existence. That’s exactly how you end up like the rabbis of the first century: use necessity to justify pragmatism.

Unlike the providential hindrances throughout biblical antiquity, today’s crisis has no specially revealed divine commentary. Thus, De Bruyn’s interpretation of current events may be different than, but just as valid as, mine. Why? Because God hasn’t told us what they mean. God may have sent COVID-19 to test His church, to see whether or not she would continue to worship Him despite adversity and affliction. Or He could’ve sent COVID-19 to cancel the worship of His people. Which speculative assertion is correct? We have no way of knowing unless God Himself were to tell us. But, God’s canon is closed, leaving us with one option: Obey what He has told us through His holy Word.

He concludes his article by asking multiple questions, the answers to which would be purely speculative. Though De Bruyn never indicts pastors for continuing worship, implied in at least two of his articles (this one included) is that the pandemic equals prevention of corporate worship. But this is not so. There are many good churches who continue to meet while taking necessary precautions to ensure the safety of their people. There is nothing providentially preventing God’s people from corporate worship, and many churches who continue to gather across the nation prove just that.

There is much more that could be said here. Unfortunately, I have run out of both space and time.

There are ways for churches to continue gathering according to the biblical ordinance of corporate worship.

I fear Christians are seeing only two options: (1) tempt God and, in a grand act of idiocy, continue services as if the virus isn’t a thing (this does happen); or (2) capitulate to the government and cease worship for the foreseeable future (this happens even more).

There is, however, a third option: (3) adapt and overcome through obedience to Christ. God has not taken away our worship. Only the Word of God could take away our worship. He has, however, set a trial before us through which He is working the good of those who love and fear Him (Rom. 8:28). We must obey God rather than men, and we must obey according to the wisdom of the Scriptures.