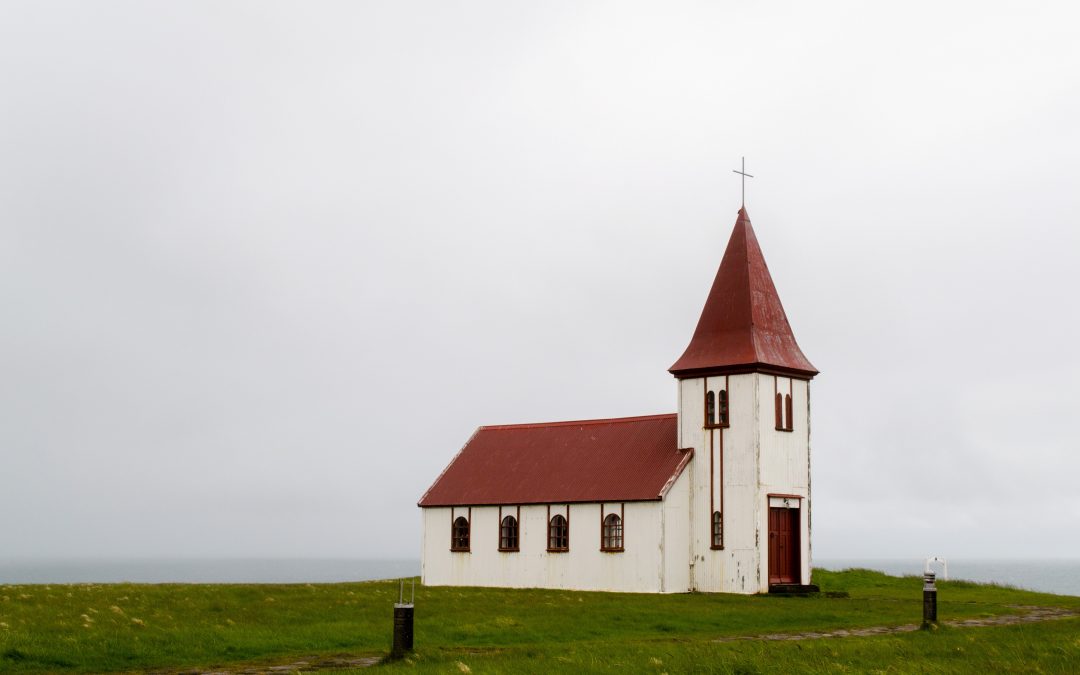 The catholic or universal church, which (with respect to the internal work of the Spirit and truth of grace) may be called invisible, consists of the whole number of the elect, that have been, are, or shall be gathered into one, under Christ, the head thereof; and is the spouse, the body, the fulness of him that filleth all in all. (Hebrews 12:23; Colossians 1:18; Ephesians 1:10, 22, 23; Ephesians 5:23, 27, 32)

In Matthew 16:18 Jesus tells Peter, “I will build My church, and the gates of Hades shall not prevail against it.” Statements such as this one, and others like it, led the 17th century London Baptists to maintain the conviction that there is one church, the bride and body of the Lord Jesus Christ which He secured with His blood. “The catholic or universal church… (26.1),” as our Baptist predecessors called it, is a doctrine surrounded by no small amount of controversy. The controversy largely centers on the misuse of the doctrine by the Roman Catholic Church, though it has suffered confusion since the 4th to 5th centuries. However, the perversion of a doctrine should not lead us to conclude the doctrine itself is false. Good doctrine has suffered much abuse. Examples include but are not limited to the Trinity (cf. John Biddle’s confession), Christology (Arius), and soteriology (Pelagius). But these doctrines ought not be rejected outrightly simply because they’ve been misused by sinners! If misuse were the measurement of what is true or false, there would be no Christianity left.

Returning to Matthew 16:18, Jesus came to secure, establish, and continue a building project. The bride of Christ did not appear in the first century absolutely, as if there were no bride previously. The body of Christ are all those who are united to the Lord Jesus Christ and are, thus, His members. This body comprises both Old Testament and New Testament saints, and has sojourned under various covenants since the time of Adam. In Colossians 1:24, Paul writes, “I now rejoice in my sufferings for you, and fill up in my flesh what is lacking in the afflictions of Christ, for the sake of His body, which is the church…” And in Ephesians 5:25-27, we read, “Husbands, love your wives, just as Christ also loved the church and gave Himself for her, that He might sanctify and cleanse her with the washing of water by the word, that He might present her to Himself a glorious church, not having spot or wrinkle or any such thing, but that she should be holy and without blemish.” The church achieves such permanency in the mind of Paul so as to secure a place as the very object of our Lord’s atoning work. He “gave Himself for her.”

John Gill, commenting on Ephesians 5:25, says this church is “his bride and spouse, whom he betrothed to himself from all eternity, the Father having given her to him; and is no other than the church of the firstborn, whose names are written in heaven, even all the elect of God. Ver. 26 That he might sanctify and cleanse it, &c.”[1] Matthew 16:18 probably serves as one of the fundamental teachings set forth by Jesus upon which the apostles, under the inspiration of the Holy Spirit, further develop the doctrine of the one church. If this is true, it would be prudent to make a few observations that might further bolster the confessional Baptist conception of the universal (or catholic) church.

Historically, Baptists have confessed the one or universal church of Christ simply because the text demands it. In Matthew 16:18, Jesus promises to build His church. This is a singular usage of the term ekklesia, and thus demands a more robust understanding of the church of Christ not entirely reducible to particular or local bodies. The church Jesus speaks of here has its genesis in His own sufferings, death, and resurrection. To reduce the church to a particular local church neglects this two-millennia-old institution, especially since local churches rise and fall regularly. Most are started and ended within half a century or less. Some churches are planted spontaneously and are not planted from a previously constituted church. This was the case in the 17th century. The Jacob-Lathrop-Jesse church (JLJ church) was not planted from a previously constituted Baptist church, yet was nevertheless a true church.

In Matthew 16:18, Jesus employs the singular or the universal/abstract term ekklesia and promises the continuance of its construction from Pentecost onward by the power of His Holy Spirit. As Gill notes above, this church just is the fullness of the Lord’s elect.

This church is defined, in part, by Jesus’ special possession of it. This is His church. “I will build My church…” He says. He does not say, “I will build My churches…” albeit the existence of local churches is inevitably implied. If ecclesiology were indeed reducible to the local church, one would expect Jesus to reflect such a reduction in the employment of the plural form, ekklesias. As it is, He employs the singular which universalizes the concept. Jesus does not possess several churches, brides, or bodies, He possesses a single church that instantiates in the visible institution of local churches throughout time and across the globe, as we will hopefully discover in a later installment within this series.

The Meaning of Ekklesia

The term often translated to “church,” but is perhaps more woodenly translated to “assembly,” means a “gathering of citizens.”[2] While local assemblies are a concrete and experiential picture of this larger citizenry, the term ekklesia is by no means restricted to local assemblies circumscribed by geographical nearness. It rather has connotations consistent with national assembly, a theme picked up by the apostle Peter, “But you are a chosen generation, a royal priesthood, a holy nation, His own special people, that you may proclaim the praises of Him who called you out of darkness into His marvelous light… (1 Pet. 2:9).” This assembly exists on earth and in heaven, that those who’ve preceded us “should not be made perfect apart from us (Heb. 11:40).” Such is implied by Paul when he appeals to our heavenly, mother-Jerusalem, “but the Jerusalem above is free, which is the mother of us all (Gal. 4:26).”

The term ekklesia is also linked to the “household of God” in Ephesians 2:19-22, “Now, therefore, you are no longer strangers and foreigners, but fellow citizens with the saints and members of the household of God, having been built on the foundation of the apostles and prophets, Jesus Christ Himself being the chief cornerstone, in whom the whole building, being fitted together, grows into a holy temple in the Lord, in whom you also are being built together for a dwelling place of God in the Spirit.” The same term in Matthew 16:18 (oikodomeo) is utilized here in Ephesians 2, albeit in the aorist tense this time. Furthermore, 1 Timothy 3:15 explicitly identifies the “house of God” with the church, “I write to you so that you may know how you ought to conduct yourself in the house of God, which is the church of the living God…”

The English translation of the word ekklesia to “church” is apparently the result of theological interpretation of Scripture (TIS). The English word “church” finds the start of its etymology in the Greek term for “of the Lord” (kuriakon) with “house” (doma). From the Greek, such was translated in Dutch to kerk, finding its German counterpart in the term kirche. It eventually ends up in the old English as cirice. The interpretative translation seemingly occurred in light of the church’s Biblical identification as the “house of God,” or the “house of the LORD.”

As mentioned above, in 1 Timothy 3:15, the “house of God” is the church of the living God. Such language is almost certainly carried over from Old Testament temple language. In 2 Chronicles 2:3, Solomon writes to Hiram, saying, “As you have dealt with David my father, and sent him cedars to build himself a house to dwell in, so deal with me. Behold, I am building a temple for the name of the LORD my God, to dedicate it to Him, to burn before Him sweet incense, for the continual showbread, for the burnt offerings morning and evening, on the Sabbaths, on the New Moons, and on the set feasts of the LORD our God. This is an ordinance forever to Israel.” According to the Hebrew, the same idea, i.e. “house,” is clearly conveyed here. The Septuagint rendering of 2 Chronicles 2:3 even uses the same term used for “house” in 1 Timothy 3:15, i.e. oiko.

A further parallel exists in the fact that the temple had pillars and a foundation, both of which are attributed to the church of the living God. In 1 Kings 7:15, we read, “And he cast two pillars of bronze, each one eighteen cubits high, and a line of twelve cubits measured the circumference of each.” And 2 Chronicles 3:3 says, “This is the foundation which Solomon laid for building the house of God: The length was sixty cubits (by cubits according to the former measure) and the width twenty cubits.” See Revelation 3 for “pillar” language applied to members of Christ’s church.

The Old Testament continually links the temple with the presence of God. In fact, the entire significance of the temple was wrapped up in it serving as the special dwelling place of God. And following the finished work of Christ revealed in the New Testament, we learn that the house/temple of God is the church in which God dwells. It is this presence of God which makes the church the temple of the living God. Where the Spirit of God dwells, there is the temple of God, as seems to be basically assumed by the Scriptures themselves. God dwelt in His tabernacle, “So I will consecrate the tabernacle of meeting and the altar. I will also consecrate both Aaron and his sons to minister to Me as priests. I will dwell among the children of Israel and will be their God. And they shall know that I am the LORD their God, who brought them up out of the land of Egypt, that I may dwell among them. I am the LORD their God (Ex. 29:44-46).” First Corinthians 3:16 makes this same association, “Do you not know that you are the temple of God and that the Spirit of God dwells in you?”

Ezekiel 47 seems to have a multinational scope, since “everything will live wherever the river goes (v. 9b).” The land allotment appears to be larger than that originally promised to Abraham and conquered by Joshua. The land of rest will spill beyond Israel’s then-current borders into Gentile territory. Revelation 21:16 makes the New Jerusalem multinational in scope, since it far surpasses the bounds of the Old Testament promised land, “The city is laid out as a square; its length is as great as its breadth. And he measured the city with the reed: twelve thousand furlongs. Its length, breadth, and height are equal.” Twelve-thousand furlongs equate to 1500 miles. The New Jerusalem of Revelation 21 is cubic in structure, and therefore represents an expansion of the holy of holies, not only beyond the Old Testament temple grounds, but beyond the borders of national Israel. If antecedent New Testament revelation is allowed to be utilized in our interpretation of Revelation 21, the New Jerusalem, or the New Holy of Holies, is the church of the living God. The New Testament could not be clearer that the church is God’s dwelling place, and is therefore the New Covenant temple. In such a light, Revelation 21:16 apparently understands the temple/church as a single entity that transcends geographical and politico-national barriers.