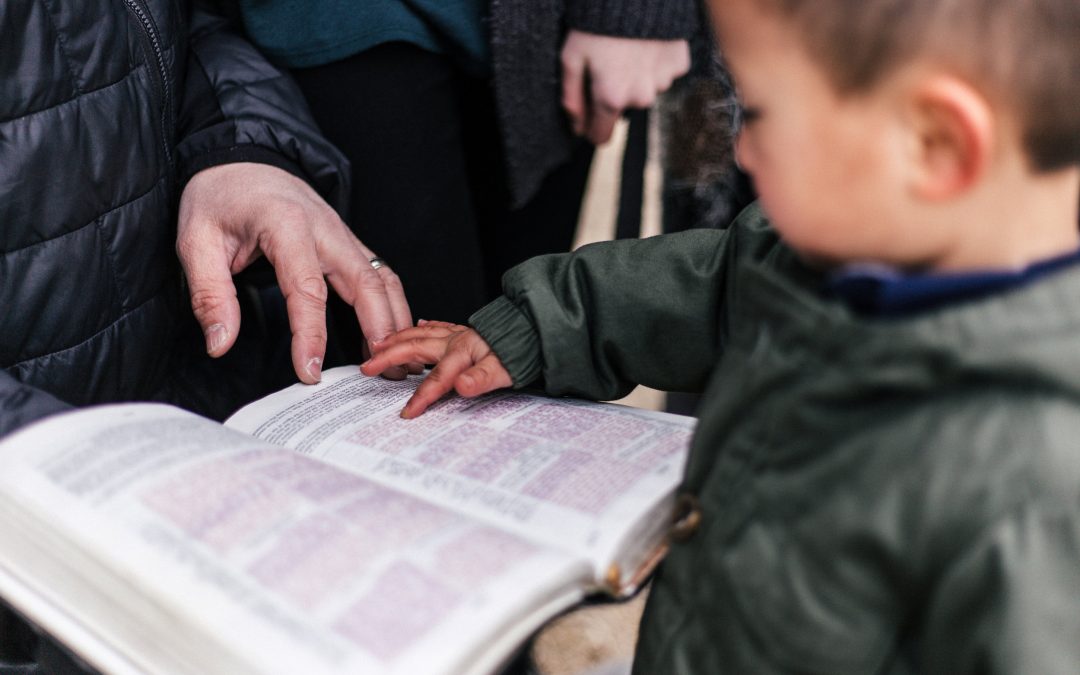 I was reading an excerpt from Craig Carter’s Interpreting Scripture with the Great Tradition when I noticed him make a rather profound point. If a person was to take two Bible commentaries, one modern and the other ancient, they will notice a vast difference in methodology and even in conclusions drawn from the text. You might think of Thomas Aquinas’ commentary on Romans or John Calvin’s commentary on 1 Corinthians as compared to a more modern commentary like that from the publisher Nelson, the Word Biblical Commentary; your comparison may quickly turn into more of a contrast, as you begin to notice more differences than similarities in both method and content. I once had an enlightened M. Div. friend tell me that he doubted whether or not the Nicene fathers knew what the Greek meant and how it may have been used in the first century. Those ol’ cave men knew nothing! Never mind that their first language was Greek and that the Creed itself was penned by some of the most astute men of the day (proof read by the Emperor himself, no doubt). All jests aside, modern commentaries are usually more critical while pre-modern commentaries are less so.

What I’m trying to get at is that there is a chasm between how we interpret the Bible now and how they interpreted the Bible then. Carter writes:

The irrational bias of the myth of progress can be seen in the tendency to criticize orthodox church fathers for reading Greek metaphysics into the text, while overlooking the influence of Baruch Spinoza’s rationalism and Bruno Bauer’s Hegelianism on their own biblical interpretation. Is this because “Greek” metaphysics is bad, but “German” metaphysics is good? According to the history of hermeneutics as told from an Enlightenment perspective, if it were not for the pagan Enlightenement, Christians would still be reading Greek metaphysics into the Bible like Augustine and making it say whatever they pleased like Origen. Is it not rather bizarre that this narrative asks us to believe that it took the paga Epicureanism of the Enlightenment to rescue us from the “subjectivism” of the Nicene fathers, medieval schoolmen, and Protestant Reformers (96)?

While there is much here to engage, I’d like to draw your attention to what I believe to be the most valuable part of the quotation. The underlying assumption in the divide between today’s interpreters and yesterday’s interpreters, if you will, is that we are more enlightened than them. We have grown past the ridiculous games they used to play before the Enlightenment, or so it’s thought. The other assumption is that the metaphorical or allegorical tendencies so pronounced within the pre-modern interpretive schema were totally false and uncalled for. We’ve traded assumptions the old fathers once held in exchange for a more rigorous, historical-grammatical practice.

The problem here, of course, is that such an over commitment to the montratic plain meaning of the text prevents Scripture from being interpreted on its own terms. Dr. John MacArthur will serve as a prime example. In the first part of his series ‘Why Every Calvinist Should Be a Premillennialist’, he said:

Eschatology aside, words like this do a massive disservice to the text of holy Scripture. By “Israel” MacArthur means ethnic Israel and, since that’s the case, his statement is absolutely false. In a paper I wrote on the issue of dispensational hermeneutics, I talk about how the term Israel is used in three different ways in the Old Testament alone. It’s used as a proper name of a person in Genesis 32:38; it’s used to describe God’s Old Testament remnant in Zephaniah 3:13; and it’s used to speak of the nation of Israel in places like Nehemiah 13:26 and numerous others. But, because MacArthur is so committed to the so called plain meaning of the text, he finds it hard to let the Bible speak for itself. The plain meaning must always be one. Israel means Israel. What’s not disclosed, at least in this case, is that the pious sounding verbiage, “plain meaning of the text,” actually means, “imposition of preconceived assumptions upon the text.” Moreover, another nagging assumption of the new way is that allegory is completely opposed to literal meaning. For almost 1800 years of church history this was largely unheard of. Method and meaning are two different things which are often confused by the critical crowd. For example, what happens when Scripture communicates literal meaning by way of allegory or metonomy? Think of Galatians 4 and Paul’s allegorizing of Sarah and Hagar. What about the heavenly and, therefore, spiritual Jerusalem in Hebrews 12:22? Is that not a literal thing simply because it’s spiritual? The post-modern hermeneutic isn’t built from the Scriptures, it’s built by humanistic rationalism and then imposed upon the text. What’s literal can never be spiritual—a perfect fall into the naturalists snare!

I remember having professors throughout Bible college who would actively discourage students from interpreting passages of Scripture using other passages of Scripture. Instead, we were to read the passage and determine its meaning by looking solely at the original languages and the historical context—the intent of the human author and the understanding of said author’s human audience. Then, as a footnote, we were to do this prayerfully and seek the Spirit’s guidance. All of these things, in themselves are good, but they do not themselves stand on their own. They are not and cannot be the end all to the interpretive agenda. In pre-modern times, the Spirit’s guidance was not some mystical interaction between the Spirit and the reader of the text. It was the Spirit as He spoke through the written Word. So, the Spirit’s guidance would come by means of the biblical text itself. Scripture interprets Scripture. Scripture tells us what Scripture means. Unquestionably so, this principle has been lost in post-modern times.

The Enlightenment had within it presuppositions which, if followed consistently, would bar its disciples from presupposing the spiritual character of the Scriptures. Any spiritual conclusion, including inspiration, divine authority, biblical sufficiency, if any of those things exist at all, must be concluded from the text rather than assumed within the interpretational exercise. If this is the case, it therefore makes sense that the Bible could not and should not be interpreted on its own terms. It must be interpreted on naturalistic terms and then, just maybe, we’ll squeeze some divinity out of it. Because of this, things like inspiration and sufficiency have come into question. Neither of the two were hardly up for debate prior to the modern era.

Admittedly, sufficiency came into question with the Protestant Reformation and Rome’s insistence upon the authority of ecclesial tradition. But, even that debate occurred for different reasons, having more to do with the question of how God reveals Himself and His truth to us. Inspiration was questioned throughout the twentieth century because of naturalistic tendencies found within the church more so than without. The current debate over social justice calls into question the doctrine of sufficiency on the basis of a naturalistic understanding of man and even justice, referring to critical race theory and intersectionality as useful tools. If our hermeneutics can be and has been aided by critical theory, why not our anthropology and missiology?

This is a huge discussion and can’t be comprehended in a single blog post. My hope is that this tiny, insignificant piece of literature would be a starting point. Perhaps it will get you thinking about this issue more, and even send you on a journey of your own to recover the goodness of the past in opposition to the wickedness of the present. We live in confusing times. It is my hope that the recovery of our doctrine of Scripture and a sound hermeneutical methodology will, by God’s grace, set us upon a path to victory.