How Should God’s Existence Inform Our Hermeneutics? 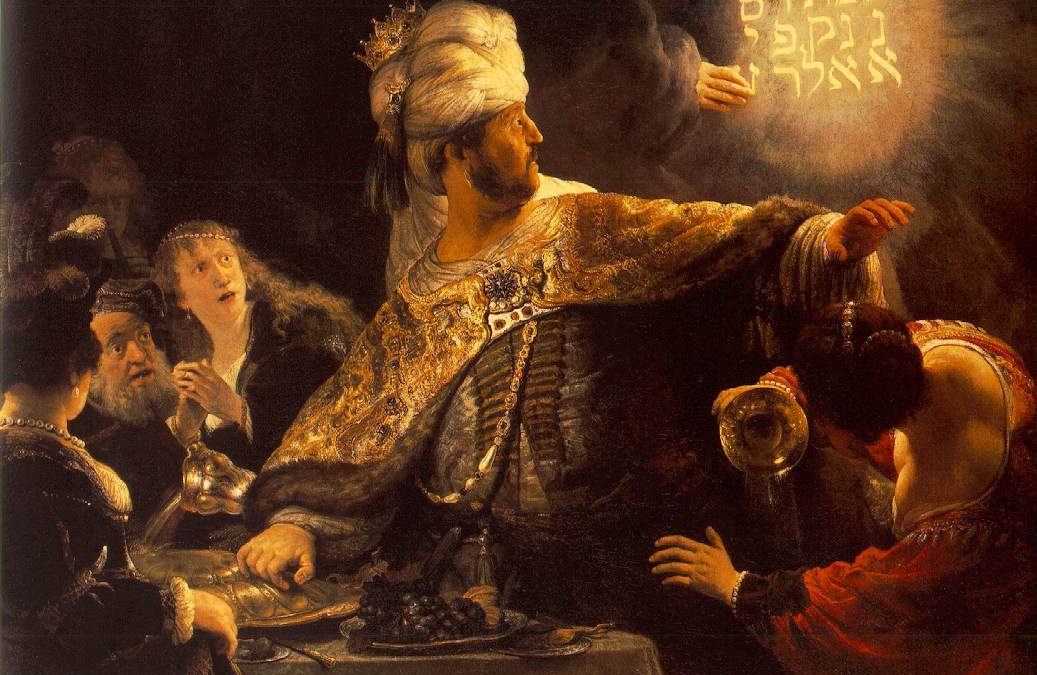 The following article is adapted from an assignment submitted to International Reformed Baptist Seminary in fulfillment of a hermeneutics class. It is an engagement with an article by Dr. Vern Poythress, found here. All following quotations of Dr. Poythress originate in said article.

There is nothing especially supernatural about the historical-grammatical method of hermeneutics. There isn’t any necessarily spiritual aspect to either history or grammar. They are natural categories. History is, after all, empirically discerned and studied. While grammar might be more mathematical and thus more abstract than history, all communication, supernatural or not, is destined to operate by means of grammatical rules without which words would be unintelligible. The historical-grammatical approach to the interpretation of Scripture is the application of natural, empirical principles to a supernatural document. And if not carefully integrated with the consideration of what caused Scripture, namely God, then the exclusive application of the historical-grammatical hermeneutic to Scripture would be akin to using a microscope to discern God’s intention behind the Song of Songs or turning a telescope to the sky in search of angels. Our tools must be proportionate to our science. No one should use a compass to dissect a fish, nor should purely natural means be expected to yield results within a formally supernatural field of study such as theology.

Vern Poythress, distinguished professor of New Testament, Biblical Interpretation, and Systematic Theology at Westminster Theological Seminary, penned a helpful article titled, “The Presence of God Qualifying Our Notions of Grammatical-Historical Interpretation: Genesis 3:15 as a Test Case,” which appeared in the Journal of the Evangelical Theological Society in 2007. In it, his purpose is to bring God into the biblical interpretive picture. For so long, God has been (sometimes unintentionally) removed from the interpretive landscape, if not dogmatically then practically. But if the existence of God be granted, and furthermore, if it be granted that the Bible is His book, then, as Poythress says:

Unless the Bible-reader relegates the fact of God to an article of natural creation, or he tries to scoot God out of the interpretive picture altogether, then the historical-grammatical method of interpretation—taken by itself—is insufficient to apprehend the meaning of the supernaturally inspired and divinely intended Scriptures. Of course, as Poythress mentions, it may be convenient to try and eliminate God from the toolbox of biblical interpretation, but Christians are not afforded such a luxury. The atheist is going to look at the text of Scripture as an interesting document that is nevertheless contrived by men. The deist will look at Scripture in much the same way since, while he grants God’s existence, he will no wise grant providence or superintendence in matters such as human literature. But, once God is granted, the question becomes, “Which one?” Poythress writes:

And what God (or god) are we talking about? The rise of process theology and open theism has made us more aware of the fact that questions about the character of God must be confronted. And if our conceptions of God differ, our assumptions about the meanings that he generates may also differ. Thus any hope for a scholarly consensus about the meaning of a particularly text would appear to vanish.

The nature of God determines how we understand His effects. What the Bible reader believes about the nature of God is going to affect how he understands the nature of Scripture. If God changes with His creation, Scripture is necessarily subject to change. If God does not know the future as well as the past, then the promises for the future are necessarily uncertain. This ought to call our attention to the vital issue of theological interpretation of Scripture (TIS). The text of Scripture simply cannot be considered accurately apart from theology proper. Apologetically, this becomes troublesome since atheists often want to debate about the meaning of Scripture even though they have not granted the existence of any God. But it’s also troublesome for professing Christians who have a flawed theology proper and who may walk away from the text of Scripture thinking that God is other than He really is, having approached it with the wrong set of assumptions (e.g., that He indeed has a mouth [Mic. 4:4], nostrils [Ps. 18:8], and hands [Ps. 8:6]).

Historical considerations antecedent to biblical considerations cannot always yield interpretive certainties either. Consider the emphasis on ancient near eastern studies within the historical-grammatical interpretive guild. With such weight placed upon historical backgrounds, how was the medieval Christian supposed to know key facts only knowable through archaeological science?

Utilizing Genesis 3:15 as a test case, Poythress presses the relevant assumptions. He states the pre-eminence of theology proper in this way:

Poythress then introduces a model for understanding the nature of God’s presence in biblical interpretation through the Decalogue narrative. He helpfully observes:

If the acid test of meaning are the thoughts and intent of the human author, what are Bible readers to make of the Ten Commandments? Other circumstances could be considered as well, from Balaam’s ass to the intention of the Pharisees’ interaction with Jesus—do their intentions matter? If the human author is the key source of biblical meaning, then it would follow that the Ten Commandments are either meaningless, or the Bible reader must engage in special pleading, excepting the Ten Commandments from the historical-grammatical rule of human authorial intent. And not only this, but as Poythress notes, “The original Ten Commandments, far from being a wild exception, become the original model for understanding what will happen later through Moses.” If the Ten Commandments serve as a sort of foundation for later occurrences throughout the Pentateuch, then one would be hard-pressed to remove God as the Author of the remainder of the Pentateuch. But if this is the case, the human author is no longer the object of concern. The divine Author is the one in charge of what the text means.

Adoptionism is one option scholars have set forth. Poythress describes it as follows, “God looks down at what various people are saying. Those words he approves he ‘adopts’ as his own, and they gain the stamp of his approval. But their meaning is merely human meaning.” Returning to the picture at Mt. Sinai, God did not merely “look down” at the law and approve the words of the law as His own. He wrote them, apart from a human intermediary. And thus, even when God is pleased to use human intermediaries, as He did in the communication of the law to Israel, the words are likewise His. They are original to Him and merely communicated through creaturely instruments. When an author uses a keyboard to type out the words of his book, he doesn’t “look down” at the words and adopt them as his own, attributing the authorship to the keyboard! Instead, the author understands the words to be his, though he used several instruments to compose his work.

A second view, Poythress observes, is “kenotic” inspiration where God “does what can be done, given the limitations of a human being, but is careful never to go beyond the limits of strictly finite human functioning. Again, the meaning is strictly the human meaning, at the cost of a heterodox model of the relation of the divine and the human.” The cognitive periphery of meaning can never go beyond the human author because God makes it that way. But this only seeks to remove God from the equation, albeit more subtly. God’s periphery is necessarily wider than man’s (infinitely so). Therefore, in virtue of what He is, God’s meaning is bound to be deeper than what the creature himself can intend.

Neither the adoptionist view, where meaning is adopted by God yet remains originally the creature’s intent, nor the kenotic view, where meaning is circumscribed to human limitation, can account for things like typology, consistent canonical contextualization, extensive intertextuality, and the predictive prophecy of the text of Scripture. Neither can these models account for the New Testament use of the Old Testament in many cases.

But now what becomes of the historical aspect of grammatical-historical interpretation? I claim that it remains radically undefined. One can focus on people back then and there. But one can never isolate that focus from broader questions. And those broader questions ultimately engage the meaning of the entirety of history. To a sensitive Israelite reader, the enmity between the two seeds or two offsprings in Genesis 3:15 can suggest a principial conflict that extends ultimately to cosmic dimensions and long historical time periods. Any one piece of history is ultimately intelligible only as part of the plan of God for all of history. One must have the mind of God in order even to begin to reckon with any piece intelligibly.

When we examine texts like Genesis 3:15, rarely is the question of human authorial intent raised. But if it were, Adam and Eve certainly would not have understood the full significance of the Seed of the woman. They knew that the Seed of the woman was coming, but they didn’t exactly know what that was going to be to the extent that we who now live under the New Testament do.

Considering grammatical limitations, Poythress cites the futility of reducing all meaning to grammar, limiting our understanding of the text to a dictionary or lexicon. This is because whilst words certainly have definitions, the significance of words must always be determined by context. And the context of every Biblical word is the Bible itself. This necessitates a whole-Bible hermeneutic where the New Testament is allowed to comment on the Old Testament, and where New Testament authors are allowed to be our examples for how we should interpret the text of Holy Scripture. Of the historical-grammatical method, I will close with Poythress’ own words, “But I fear that, as a label, it can also support the illusion that meaning can be ‘scientifically’ mastered in the same way that grammar apparently can.”