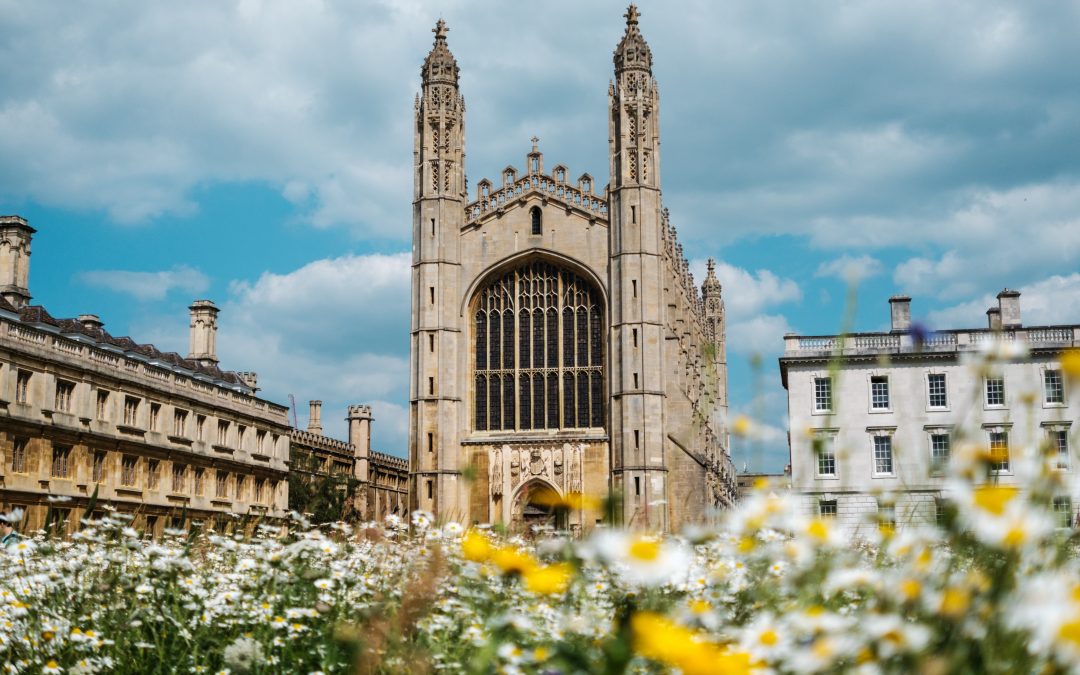 I’m currently teaching a church history series in Sunday School at my church. The sobering fact is that many faithful men were murdered at the hands of zealots whose religion derived not from Scripture but from a tradition defined by men. We’ve come to realize, throughout the course of that series, that the mere effort to make Scripture understandable to the general population fell under a high level of ecclesiastical and political scrutiny. Men such as John Wycliffe, Jan Hus, William Tyndale, and all who found themselves influenced by them, felt the heavy load of governmental pressure in one way or another for simply desiring to know the Word of God.

The question of sola Scriptura, then, is no mildly important matter. It must be understood, not only that we might prevent history from repeating itself, but also for the sake of knowing God and His will correctly. Unfortunately for us today, we live downstream from the massive ideological change of the 17th-18th centuries—namely, from rationalism and idealism—both of which play large roles in modern assumptions. We are all subject to these assumptions because this is the philosophical milieu we’re all born into. Many of these ideas are no less common than the 8-5 workday, or the need for internal combustion in our regular transportation. As with the latter, we give the former hardly any thought at all.

These oft-assumed and unquestioned ideas make for much difficulty when defining the term sola Scriptura. These influential ideas span from Descartes’ critical and rationalistic epistemology to Immanuel Kant’s idealistic separation of the phenomena from the noumena in response to David Hume’s skepticism. We live in an age largely characterized by assumptions finding much of their genus in the minds of these men, but we’re rarely conscious of them.

Chances are, if you don’t today, you’ve once assumed the definition of sola Scriptura to be something like the following: “the Bible is the ultimate authority by which we know God.” This is not an altogether wrongheaded definition if we understand it within its proper context. But because such a definition is rarely understood within its rightful place, it is taken to mean that one’s only authority and source of divinely-related knowledge is Scripture. Or, at the very least, Scripture is the best source, and any other alleged source—natural or otherwise—ought to be viewed with a skeptical eye.

This was not the understanding of sola Scriptura during nor immediately after the time of the Reformation. Phil Johnson, of Grace to You Ministries, helpfully notes:

“Sola Scriptura” is not the same as “Solo Scriptura”. A proper understanding of “Sola Scriptura” will not lead to an individualistic, “me and my Bible in the woods” approach to Bible interpretation. Because of Christ’s gifts to the Church through the centuries, we have the privilege of standing on the shoulders of giants (https://reformedontheweb.wordpress.com/tag/phil-johnson/).

Here, Johnson rightfully makes room for help—that is, from the traditional interpretation of Scripture. But he does so without making tradition itself a coequal authority with Scripture. The tradition is subjected to Scripture concerning everything Scripture reveals. But that doesn’t mean the tradition can’t be helpful. And if it is correct, it carries with it the authority of Scripture—all truth is God’s truth, and thus all truth is equally authoritative coming from the same source. We must understand man’s authority to be entirely dependent upon Scripture, since he is not God and since he is often wrong. Scripture, then, is man’s norm, as it were. And even though man can speak with the voice of Scripture, i.e. when he proclaims God’s truth, he himself is not Scripture and thus does not, in himself, carry the same authority. Man may speak with the authority of Scripture, but that authority is derivative not from himself, but from the Word of God. This is why we can say, “If this or that person rejects the Nicene Creed, they are heretics,” not for the authority of the Creed itself, but for the authority it accurately reflects, i.e. Scriptural doctrine.

Thus, there is a place for tradition when it comes to interpreting the text of Scripture. If this is the case, no Christian should abstract themselves from the tradition altogether (solo Scriptura) under a pretense of sola Scriptura. But what about principles of thought? If we give place to tradition as a handmaiden, helping us to rightly interpret Scripture. Surely, then, it would seem there should be a place made for nature to give assistance as well. More directly, if other men can help us understand the Bible, how much more ought God’s voice through nature help us understand it?

My argument here, and it certainly isn’t original to me, is that the Bible’s context is nature. Not only is it itself creaturely (having been created by God and given to us), but it is contextualized by God’s creation. We live, move, and breathe in this creation prior to ever coming to the text of Scripture. We assume natural life, principles of thinking, principles of ethics, and even possess a rudimentary understanding of who God is prior to turning even one page of the Bible. Scripture itself makes this assumption when it begins in Genesis 1:1 with, “In the beginning God…” Not only must we assume some functionality of reason in order for that line to be intelligible to us, but we must also have some idea of what God is. In other words, the very first line of Scripture cannot be understood apart from principles God gives us through nature—not only logic, but also the basic revelation of Himself as “that Being than which nothing greater can be conceived,” to borrow the words of Anselm.

It would seem, then, genuine sola Scriptura has made friends out of both tradition and natural revelation. And these friendships are, to one extent or another, required for a proper understanding or interpretation of Scripture.

What I’ve just described, in short order, is the Bible’s presupposition not only of natural revelation but also of natural theology (which man’s study of natural revelation). It is, however, all the rage to vocally deny the first principles of natural theology, or at least the knowability of them, and such a denial is often said to be in service to sola Scriptura. Man, it seems, must come to Scripture as a tabulae rasae (blank slate), and from there begin his work of interpretation. It’s as if the modern denial of natural theology is but a veiled Lockean empiricism inconsistently combined with fideism. This, it is thought, is sola Scriptura. We can’t leave place for reason, philosophy, natural theology, tradition, et al., because Scripture stands alone… in a vacuum. I doubt many would admit such a thing if put to them in more or less similar terms, but it most certainly seems to be the prevailing assumption of what sola Scriptura implies.

Richard Muller, in his work Post-Reformation Reformed Dogmatics (vol. 2), gives a rather precise definition of sola Scriptura when he writes:

The logical priority of Scripture over all other means of religious knowing in the church—tradition, present-day corporate or official doctrine, and individual insight or illumination—lies at the heart of the teaching of the Reformation and of its great confessional documents. Indeed, it is the unanimous declaration of the Protestant confessions that Scripture is the sole authoritative norm of saving knowledge of God (p. 151).

Scripture does not outfit the Christian with the general laws of thought necessary for intelligibly apprehending Scripture, or anything and everything else we can know for that matter. All people are furnished with such principles prior to ever coming to the text through natural revelation, and they are assumed if not expressly known as natural-theological articles. Later, speaking of Scripture as the principium cognoscendi (principle of cognition, knowing), Muller states:

Of course, the act of creation itself is a movement of holy God toward the creature which, in its completion or result, provides a basis for knowledge of God. We can, therefore, speak of a first form of revelation whereby God makes himself known “in his works, in their creation, as well as in their preservation and control.” God’s universe is set “before our eyes as a beautiful book, wherein all creatures, small and great, serve as signs to lead us to contemplate the invisible things of God, namely, his eternal power and Godhead.” This revelation cannot, however, save mankind from sin—it can only convince sinful mankind of the existence of God and leave the unrepentant world without excuse (p. 153).

Witsius can even declare that the faint glimmerings of the natural light provide a “foundation” on which the gospel can build: “for as grace supposes nature, which it perfects; so the truths revealed in the gospel, have for their foundation those made known by the light of nature.” Although Witsius here addresses calling and, specifically, the character of the natural knowledge that seems to call human beings to God, only to leave them without excuse in their sins, he also, like Turretin and Owen, raises the issue of the positive relationship of natural reason and the truths it knows to revelation and supernatural theology (PRRD, vol. 1, 301).

We grant that in natural theology by the light of nature some such [first principles] do exist upon which supernatural theology is built (for example, that there is a God, that he must be worshipped, etc.) (Institutes, vol. 1, 10).

Sola Scriptura must be defined correctly, not only to avoid subjecting Scripture to the dictates of men, but also that we might retain the requisite tools (assumptions) and categories needed in order to make sense of the Scriptures in the first place. The laws of logic, the existence of God, God’s creation, God’s law, and the felt need of redemption (a need which only Scripture and its gospel can meet) provide pretext not only for the interpretation of Scripture, but also for the necessity of Scripture in man’s great need of redemption. Why is the Bible important? Because it is the voice of the God everyone knows (Rom. 1), and it offers salvation from the transgression of the law everyone knows (Rom. 2).