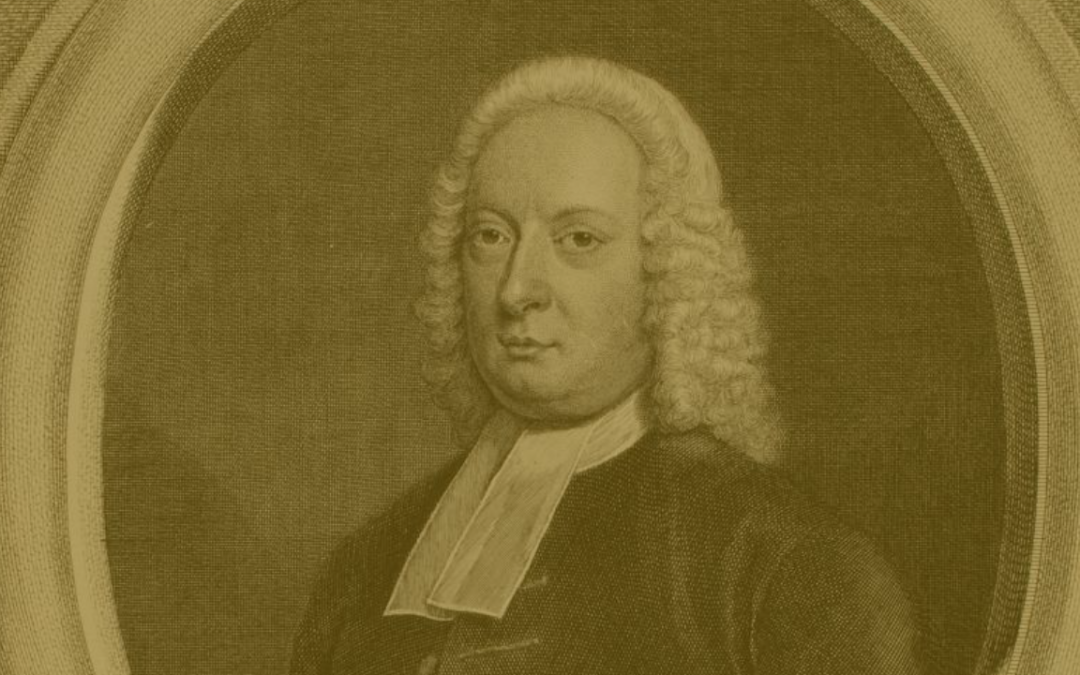 God is far beyond our ways such that man must strain the outer limits of his language just to flick the hem of His robe (if that). For this reason, the commonality of human error in thinking and speaking about God, while not right, is nevertheless understandable. Take any given hour of the day, it is doubtful any of us could manage to count all our theological errors in either thought or deed, either explicit or implicit. Without God’s grace, we would be doomed.

Notwithstanding, in proportion with the grace God gives, it is of monumental importance that we take much care in our theological efforts, confessing our errors when we have opportunity. What we think about God is everything.

Before we examine the words of the good doctor John Gill on the incarnation as they appear in his Body of Doctrinal and Practical Divinity,[1] we will need to prepare the reader for the orthodoxy therein, that it might be all the more appreciated. As far as I can tell, Gill implies the falsehood of at least four heresies: (1) Anthropomorphitism; (2) Patripassianism/Modalism; (3) Kenotic theory; and (4) Arianism. I briefly describe each immediately below—

(1) Anthropomorphitism: A heresy that holds that what is properly said of the creature, and especially man, may be properly said also of the divine essence. Extreme and obvious examples of this heresy would be the claim that God has a physical, anatomical or celestial body. More subtle versions exist in the affirmations of change (motion), complexity (or composition), etc. in the divine essence. Assigning any of these things to God beyond metaphor or analogy confuses the Creator/creature distinction.

(2) Patripassianism/Modalism: A heresy that suggests that in the suffering of Christ, which includes the whole of His humiliation, likewise the Father suffers. If the Father and the Son are one essence, and the Son incarnates, then incarnation is implied of the Father as well, or so it is thought. This heresy is usually considered a twin of Modalism if not identified with it, since it implicatively conceives of God as one Person. Justin Martyr addresses this heresy in his First Apology.

(3) Kenotic Theory: This is the heresy that must take for granted Anthropomorphitism in that it requires an “emptying” of either the Son’s divinity itself in whole or part, or the laying aside of certain prerogatives proper to His divinity in His incarnation. In kenosis, the Son’s divine and human natures are blended or confused such that what is proper to the creaturely nature is misappropriated to the divine nature, e.g. since the Son was humble in the incarnate state, and since the Son is God, He must have ceased the exercise of divine power or prerogative during His humility. We will see how Gill, with all the orthodox, avoid the Kenotic theory.

(4) Arianism: Arianism is perhaps the most famous heresy mentioned here, being the chief cause for the Nicene Council in 325 AD. Arianism conceives of the Son as a created being who is nevertheless God-like. For Arius, the Son was the first creation, but is altogether creaturely.

John Gill’s Christology & Why It Matters

In some corners of contemporary theological discourse, a well-meant effort to “just be biblical” is leading some to either adopt or neglect categories that imply one (or more) of the above four heresies. I thought it helpful, then, to reach back in time to an older mind than our own in order to gain a fresh perspective. To do this, I will quote Gill intermittently, making comments throughout to show how his language avoids the above mentioned heresies—

Nor by the Logos, or Word made flesh, are we to understand the divine nature, essentially considered, or the essence of God, as common to the three divine Persons, Father, Son, and Spirit; for then it would be equally true of the Father and the Spirit, that they are made flesh, or become incarnate, as of the Son; as it must needs be, if the divine nature, so considered, was incarnated; or the human nature was united to it as such: such phrases are therefore unsound, unsafe, and dangerous…

Continuing his negation, Gill denies that the incarnation is as “the man Christ stands in the divine nature,” which is to deny confusion of the human nature of Christ with the divine nature of Christ. We confess, in The Second London Baptist Confession (1677), that “two whole, perfect, and distinct natures were inseparably joined together in one person, without conversion, composition, or confusion… (8.2).” Gill then invokes the modal distinction which had been employed centuries before him, and is utilized by Francis Turretin just a century before. The assumption of a human nature is to be appropriated to God, not absolutely, but according to the second mode of subsistence in the order of procession, which is the Son of the Father.

Here, Gill avoids both Anthropomorphitism and Patripassianism by refusing to mix divine and human natures and by, once more, upholding the orthodox doctrine of the Trinity. In telling us the Son’s assumption of humanity was not “as that the man of Christ stands in the divine nature,” Gill avoids reading God’s works (the incarnation) back into the divine Being. He is careful not to apply what is proper to the human nature of the Son to the divine nature of the Son, and vice versa. Moreover, he once more distinguishes the Son from Father and Spirit by an invocation of the modal distinction, that the divine essence subsists in a distinct subsistence from the first and third subsistences is absolutely central in preserving orthodox theology proper while at once affirming an orthodox doctrine of the incarnation. It avoids Modalism and it assists in avoiding the predication of creaturely properties, in light of the incarnation, to the divine essence.

…it was the Son of God, by whom God made the world, and by him speaks to men, in these last days, who is the brightness of his Father’s glory, and the express image of his Person; the Creator of angels, and the object of their worship and adoration; and who upholds all things by the word of his power, who partook of the same flesh and blood with the children, and has taken upon him and assumed to him, not the nature of angels, but the seed of Abraham, he who was in the form of God, of the same nature with him, and thought it no robbery to be equal with God, is he that took upon him the form of a servant, the nature of man in a servile state, was made in the likeness of man, and found in fashion as a man, or really became man.

Here, Gill avoids Arianism and Anthropomorphitism. Arius held that the Son was a creature. But here, Gill denies such by saying, “it was the Son of God, by whom God made the world,” by which he means all created things. If the Father made all created things through the Son, this would appear to preclude the Son Himself from being the subject of that creative act by logical necessity. Furthermore, Anthropomorphitism, the ascription of creatureliness to God (a blending of Creator/creature), is avoided when Gill tells us that this same Son who “upholds all things by the word of his power” also “assumed to him… the seed of Abraham (humanity).” The Son remains God—unchanged, unmanipulated—while also assuming human nature. Gill well understands that, in order to preserve the Creator/creature distinction, what is proper of the divine nature must be said of the divine nature, and what is proper of the human nature must be said of the human nature.

Lastly, Gill invokes Philippians 2, not to argue kenosis (as some have done), but to declare the deity of Christ, “and thought it no robbery to be equal with God,” whilst also affirming the assumption of human nature, “that took upon him the form of a servant, the nature of man in a servile state…” He ends by using the common terminology, “or really became man.” But, in light of the above, Gill does not here mean that the divine essence literally became that which it was not before. To become is creaturely, because it entails change. Rather, by “become” he only refers to the assumption of a “true body, and a reasonable soul (The Baptist Catechism, Q. 25).”

Hopefully, the above interaction with John Gill has been helpful in understanding how important careful theological terminology is. Essence, nature, person, etc., terms like these allow the people of God to avoid teaching or implying the heresies mentioned above (and more). Much more could be said regarding Gill and countless of his predecessors. One thing, however, is for sure: We are at a time where we desperately need to return to the old paths in order to go forward (Jer. 6:16). Older isn’t always better, but oftentimes it is. This case is certainly no exception.

[1] John Gill, A Complete Body of Doctrinal and Practical Divinity: Or A System of Evangelical Truths, Deduced from the Sacred Scriptures, New Edition., vol. 1 (Tegg & Company, 1839), 540.