Losing the Legacy of Orthodoxy 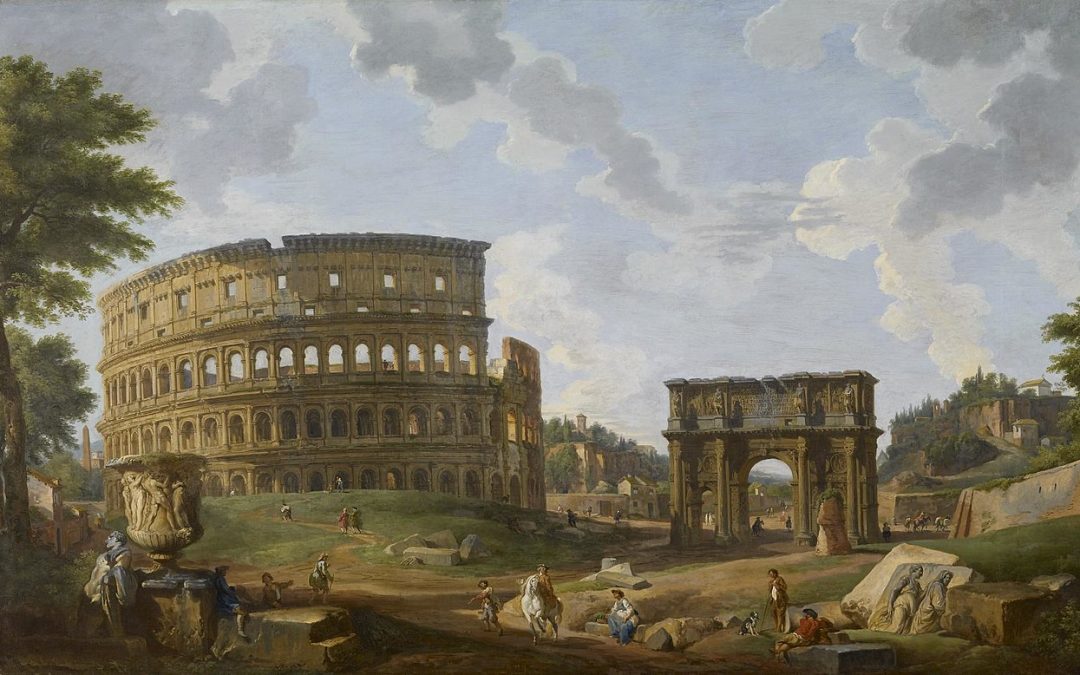 In the face of rampant cultural and philosophical sophistry, Paul concludes his first letter to Timothy by writing, “O Timothy! Guard what was committed to your trust, avoiding the profane and idle babblings and contradictions of what is falsely called knowledge—by professing it some have strayed concerning the faith.” (1 Tim. 6:20-21) The ESV calls it “the good deposit.” This “good deposit” is nothing less than the gospel itself, the apostolic doctrine of the New Testament, the full exposition of the types and shadows revealed in the Old. In 2 Timothy 1:13-14, Paul further clarifies what he means, “Hold fast the pattern of sound words which you have heard from me, in faith and love which are in Christ Jesus. That good thing which was committed to you, keep by the Holy Spirit who dwells in us.”

A brief definition of my protest is this: The kingdom is not the presence nor expansion of natural goods. While the kingdom of grace perfects nature, the improvement of nature isn’t necessarily indicative of the presence of the kingdom of God. There is something about the kingdom of God that further distinguishes it from common goods. My concern can be found in the words of Joel Webbon, founder and host at Right Response Ministries and pastor to Covenant Bible Church in Georgetown, Texas. In a podcast titled, ‘Christian Stir-Fry | 3 Spheres, 2 Kingdoms, 1 King’, he says:

If we cure cancer right um if you know all these things are pushing back the kingdom of darkness, but it’s not just um because someone got saved. And so Joe Boot says like the church and the kingdom are not synonymous. There’s massive overlap, but they’re not a one-to-one ratio synonymous. The church only numerically grows one way: conversion. But the kingdom of God grows every time the good, the true, and the beautiful—those things which align with the law of God and the gospel of God—are furthered and pressed forward in any sphere of human society. And so nobody could get saved and (now I believe it would lend towards salvation), but initially, no one could actually get saved, so the church did not numerically grow, um but a good law was passed—the kingdom is advancing and the kingdom advancing in these other spheres in all of life, it lends towards um the advancement of the church.[1]

Webbon lists a few things that he believes indicate an expansion of the kingdom of God: (1) curing cancer, (2) when the good, true, and beautiful are furthered in any societal sphere, (3) the passing of a good law.

This concerns me, for the simple reason that none of these things require the preaching or the proliferation of the “good deposit” mentioned above. That’s the issue.

Responding to the Issue

In fact, if Webbon’s words were consistently applied to world history, the Persian, Grecian, and Roman empires were break-throughs of the kingdom of God because, as Webbon says, “the kingdom of God grows every time the good, the true, and the beautiful… are furthered and pressed forward in any sphere of human society.” And those empires, in spite of their rampant paganism, had objectively just laws, objectively beautiful art, and objectively beautiful architecture, along with a healthy and objectively true understanding of the physical form of the human body.

In an earlier part of the podcast, Webbon speaks with Brian Sauve about two-kingdom theology. During the interchange, Sauve takes issue with the notion of the “common kingdom,” (as opposed to the redemptive kingdom) when he says:

The problem is that as soon as you take that common kingdom and say it’s not ruled by Scripture, and christians aren’t necessarily, therefore, going to have a leavening effect on any of it, you’ve actually just divorced the transformational effect of christianity from everything outside of the four walls of the church.

But the design of common/redemptive kingdom semantics is the preservation of the redemptive kingdom, and with it, the preservation of the gospel that alone produces it. Furthermore, two-kingdom adherents do not and have never claimed “christians aren’t necessarily, therefore, going to have a leavening effect on any of it…” The design of two-kingdom theology is to observe the distinction, not separation, between nature on the one hand and grace on the other. If nature is lifted by grace, that’s all well and good. But if grace is collapsed into nature, we’ve lost the gospel. And this collapse is what is at least implied by Webbon’s words above. Anything that happens in the natural world which is true, good, and beautiful is an effect of the gospel even if the gospel isn’t present.

The next logical step is to ask, “Why do we need the gospel unto salvation if its effects are produced by the passing of good laws and pretty pictures?” If the kingdom of God’s gospel may be expanded without anything occurring distinct to what Christ has purchased on the cross, then the kingdom of God, along with its gospel, has been made common. Hence the need to distinguish carefully between the common and redemptive kingdoms.

Joe Boot, in his book Mission of God, takes issue with the secular/sacred distinction, counting it a type of dualism that results in the removal of Christianity from society. And this is, no doubt, a concern for Webbon and Sauve as well. Christ’s universal Lordship is suggested as an alternative. Boot writes:

Because we have increasingly done what [Abraham] Kuyper decries, and separated life into two parts or storeys, the sacred and secular, personal and public, spiritual and immaterial, one part for ourselves and the other for God, the ‘toleration’ of sin in the ‘lower storey’ (an alleged sphere outside God’s direct moral authority for ourselves) has become a practical virtue.[2]

While I can agree with Boot that “secular” is not the best term given our modern vocabulary, it is a term used to some advantage throughout history. For example, the Second London Baptist Confession states that ministers of the gospel should be enabled to minister “without being themselves entangled in secular affairs…” (26.10) William Bates, an English Presbyterian minister in the 17th century, says, “Now when secular interest outweighs duty, when apparent danger induces to deny the truth of Christ; how terrible and unavoidable will be the punishment of that disloyalty?”[3] One wonders how the fear of danger drives the current reactionary impulse toward blending secular and sacred together, and whether Bates’ ominous observation is actually prophetic of our own day. Is the gospel being lost in this movement represented by Webbon and others? Are we losing the legacy of orthodoxy?

The term “secular” is not historically associated with licentiousness, as Boot thinks of the term. It was, rather, useful in distinguishing the ways, means, and circumstances in which God deals uniquely with His people from the ways, means, and circumstances by which He governs the natural world at large. There is a distinction between these two things. And if that distinction is blurred, then God’s unique dealings with His people, through the gospel, will be swallowed up by concerns over the natural world. As Bates puts it, the “secular interests outweigh” our actual duties as God’s blood-bought people.

What is revealed through nature is God’s. What is revealed through Scripture is God’s. In other words, what is secular is God’s, and what is sacred is God’s. Still, in other words, what is “common kingdom” is God’s, and what is “redemptive kingdom” is God’s. See the correspondence? The distinction is not nature versus God. The distinction is nature and supernature representing two distinct modes of revelation, from which man knows God naturally and supernaturally, corresponding to two distinct, yet complimentary, ways in which God governs the world.

To be clear, I’m not accusing any of the men I mention above of heresy or believing a false gospel unto their own destruction. I think many of these men love Christ, and desire the proliferation of the true gospel throughout the world. However, I am concerned with the inevitable, and often inadvertent, progress of these types of things. If we’re looking for political and social improvement, that’s what we will work for. But working for political and social improvement doesn’t at all require gospel ministry, not the kind of improvement mentioned by Webbon, that is. And that’s a big part of my concern. We will begin to let the sword of the gospel drag on the ground as we hold high the prospect of civil goods. Civil goods believed to be indicative of “kingdom advancement.” And if civil goods are kingdom advancement, and kingdom advancement is the goal of Christian evangelism, then what need is there for the gospel at all?

[1]  I’ve slightly edited this quote for readability, but have changed as little as possible. The original can be heard by clicking this time-stamped link: https://youtu.be/24zjrzVAFvU?t=449