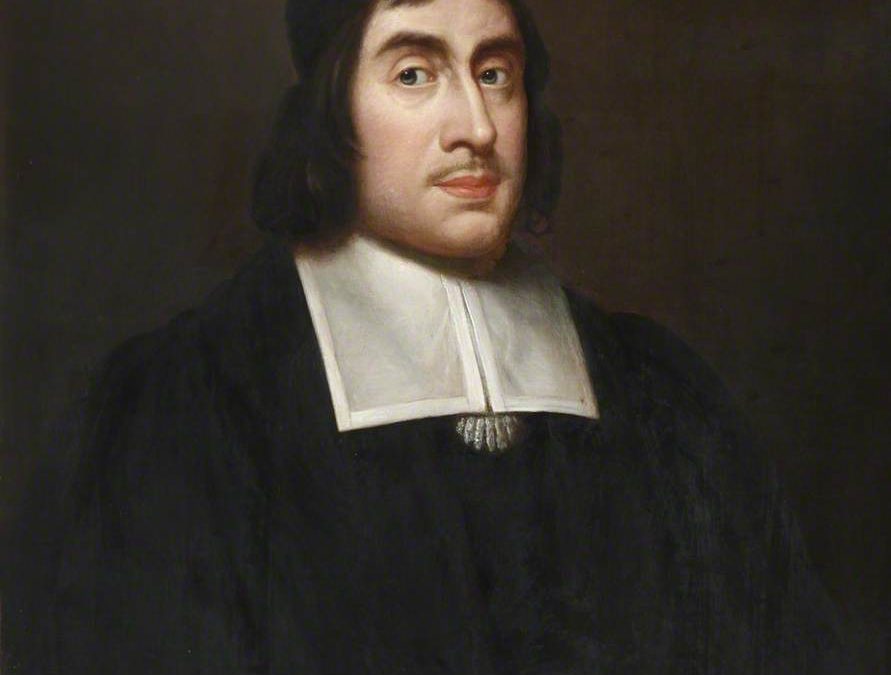 Thomas’ five ways are well known. But fewer know that another Thomas had even more.

Thomas Watson was born in England in 1620. Cambridge-trained (Emmanuel College), he eventually became the vicar of St. Stephen’s Walbrook. But he was a nonconformist and was eventually ejected from licensure around 1660. He would be reinstated in the 1670s before retiring, probably in the early 1680s just before his death in 1686.

He was beautifully eloquent. Not only was he theologically surpassing, but his literary skill hardly found a match. My wife and I have a running jest that he was the “theologian of breasts.” Not for any perverted reason, but because he always seems to find a place to work in the nurturing Spirit of God through that particular analogy. God’s grace, abundance, benevolence, and love are often the targets of his bosom analogies. To give you an idea, he says, “Mercy pleases him. It is delightful to the mother, says Chrysostom, to have her breasts drawn; so it is to God to have the breasts of his mercy drawn (Works, Loc. 1964).”

He is an easy and wondrous author to read. But his theological skill and precision continue to be seen, even through the flowers and vines of his gentle ink-strokes. Located in ch. 2 of his Body of Divinity, Watson takes to developing seven ways through which we might come to a knowledge of God. They are—

By the book of nature, Watson intends the engraving of God’s law upon the hearts of men (Rom. 2). “The notion of a Deity is engraven on man’s heart; it is demonstrable by the light of nature.” But by God’s “works” Watson intends the world surrounding the rational person. “We will begin,” he says, “with the creation of the glorious fabric of heaven and earth. Sure there must be some architect or first cause. The world could not make itself. Who could hang the earth on nothing but the great God (Loc. 913)?” And, “The wise government of all things evinces there is a God… Providence is the queen and governess of the world.” Toward the end of the section, he says, “Understanding, Will, Affections are a glass of the Trinity, as Plato speaks. The matter of the soul is spiritual, it is a divine spark lighted from heaven; and being spiritual, is immortal, as Scaliger notes; anima non senescit; ‘the soul does not wax old,’ it lives for ever (Loc. 939).”

By way of proof through the conscience, he writes, “Conscience is a witness of a Deity. If there were no Bible to tell us there is a God, yet conscience might.” And, “it is observable, the nearer the wicked approach to death, the more they are terrified.” The nations also consent to the existence of God, he says, “by the universal vote and suffrage of all men (Loc. 952).” This is notable, seeing how Watson was a nonconformist. Through prophecy, God is proved, “He who can foretell things which shall surely come to pass is the true God… God himself uses this argument to prove he is the true God, and that all the gods of the heathen are fictions and nullities. Isa 41:23.” The sixth line of proof is God’s power and sovereignty. “He who can work, and none can hinder, is the true God… he acts according to his pleasure, he doth what he will (Loc. 965).”

Finally, Watson presents an argument for God from the existence of devils. “There are devils, therefore there is a God.” And, “Socrates, a heathen, when accused at his death, confessed, that, as he thought there was a malus genius, an evil spirit, so he thought there was a good spirit.” These are precious arguments for the existence of God because, though we may think little of them today, they evince a period in time when the supernatural world was taken for granted, even by the heathen, and not suppressed by rationalism, idealism, and materialism. I think it is time we stop granting the latter in favor of the former.

In the whirlwind of recent discussion, I thought it would be calming to sit down with an old, yet familiar voice. Watson has been my friend. I know him, though he may not know me. He has been helpful to me as friends usually are. Agree or disagree, one has to at least ask the question, “Why did he think like this, and why was he not out of league with the rest of his peers?” Such questions, I’ve found, are humbling when answered. We may relegate his time and intellectual milieu to an irrelevant, bygone era. But is that the case? I do not think it is. I think they knew something we’ve allowed to slip away under pressure from the world. And I think that something is worth rekindling, keeping, and defending.