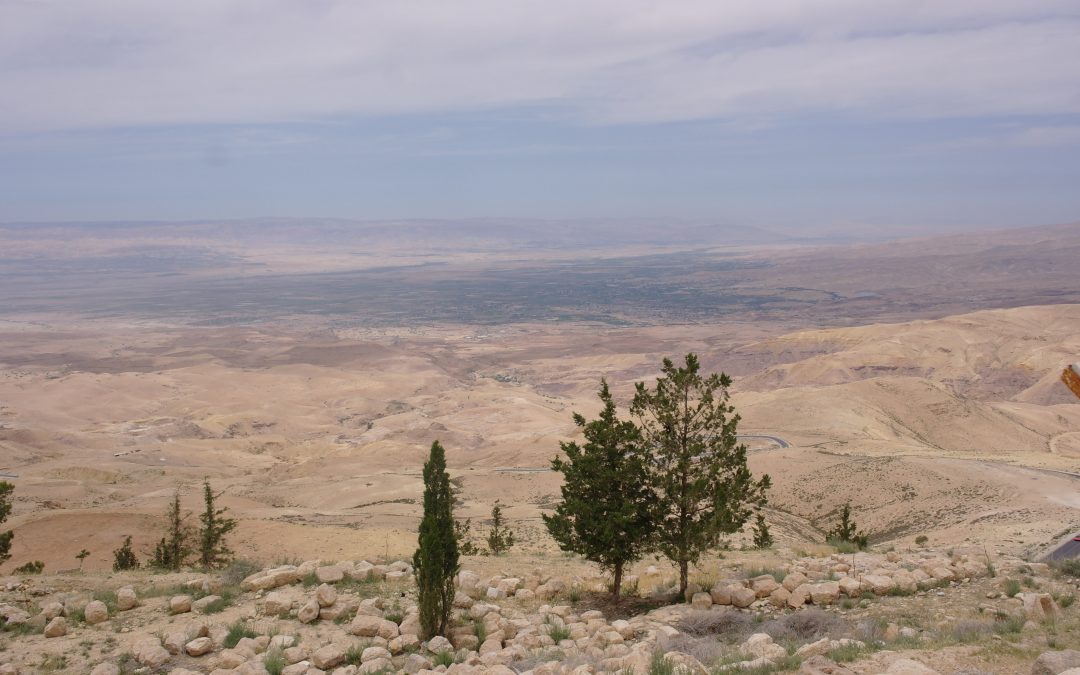 In Matthew 3:5-12, we witness a stunning display of righteous zeal in the face of religious and political corruption. Soon after John the Baptist began his public baptism ministry, the Pharisees and Sadducees formed an unrighteous alliance designed to assess the nature and effectiveness of John’s popularity, presumably in preparation for sabotage. We read, “But when he saw many of the Pharisees and Sadducees coming to his baptism, he said to them, ‘Brood of vipers! Who warned you to flee from the wrath to come?’ (Matt. 3:7).” The Pharisees and Sadducees set aside an essential component of orthodox confession, the bodily resurrection from the dead (concerning which the Sadducees denied altogether), in order to link arms for a common purpose. We can file this in the “how not to do ecumenism” folder. Ecumenism or communion must be formed on the basis of truth, not merely a common purpose or goal.

John, apparently playing upon the already dubious reputation of these two factions, issues a strong rebuke. He did not feel the need to engage them in dialogue. He was already aware of who they were and why they were there. He leads strongly, “Brood of vipers!” in v. 7. In v. 8 he continues the rebuke through issuing the means of restoration, “Bear fruits worthy of repentance.” And then, in v. 9 he anticipates and refutes what we might call “the argument from Abraham.” Finally, in vv. 10-12 he issues three statements of reprisal or judgment threats: (1) the threat of the ax; (2) the threat of Holy Spirit judgment; and (3) the threat of unquenchable fire. Below, we will briefly open the text under the headings of rebuke, refute, and reprise, making some contemplative remarks along the way.

John began his diatribe against the unrighteous alliance (Pharisees and Sadducees) with the phrase, “Brood of vipers!” Brood should probably be rendered “generation” (cf. KJV) due to the repeated use of “wicked generation” elsewhere in Matthew (Matt. 12:45; 16:4). Moreover, John’s purpose seems to be the same as Jesus’ in John 8, where these religious elites are identified as the offspring of Satan, the great serpent of old. There, Jesus makes the observation: “You are of your father the devil, and the desires of your father you want to do. He was a murderer from the beginning, and does not stand in the truth, because there is no truth in him. When he speaks a lie, he speaks from his own resources, for he is a liar and the father of it (Jn. 8:44).”

We are shown here that there exists a proper time and place for rebuke. Of course, the whole of John’s personal intent behind the rebuke cannot be discerned with any measure of certainty, but it must partially have been motivated by a love for Christ and His people. Those who hate Christ and act according to such hatred, attempting to disrupt the people of Christ and demean their Lord, must be met with a sound rebuke, “If anyone does not love the Lord Jesus Christ, let him be accursed. O Lord, come! (1 Cor. 16:22).”

In v. 9, John moves to the refutation of an anticipated argument. Neither the Pharisees nor the Sadducees actually make the argument in Matthew 3. But we can get an idea of what the argument would have been since a similar one is raised throughout the course of John 8. In summary, the argument there runs as follows:

Of course, there are several problems with this argument. First, physical genealogical descent from Abraham never made a Jew a Jew, “For he is not a Jew who is one outwardly, nor is circumcision that which is outward in the flesh… (Rom. 2:28).” Ethnic Jews were but types of true Jewry that consists in a regenerate people—whether ethnic Jew or ethnic Gentile. This becomes clear in places like Galatians 3:29, “And if you are Christ’s, then you are Abraham’s seed, and heirs according to the promise.”

Second, physical descendants of Abraham were never told they were excepted from the bondage of sin in the Old Testament. In fact, it was quite the opposite. Psalm 14 tells us, “There is none who does good.” And in Romans 3 Paul interprets this as being applicable to all people notwithstanding their social status, genealogical heritage, etc.

John the Baptist anticipates this argument and immediately refutes it by saying, “and do not think to say to yourselves, ‘We have Abraham as our father.’ For I say to you that God is able to raise up children to Abraham from these stones (Matt. 3:9).” It was never physical birth, ethnic connections, or genealogical records that made a Jew a Jew. Much less was it the ordinance of fleshly circumcision. It was always a unilateral work of God in the hearts of people notwithstanding ethnic distinction which was according to the law. Hence, God, if He so chose, could turn rocks into true Jews. And indeed He has achieved something even more unexpected and difficult. He has turned Gentiles into true Jews by His Word and Spirit.

Because of the hardness of their hearts, and those of their followers, John issues three threats. These threats are not original to John, but are grounded in the Old Testament. There is the ax threat (Mal. 4:1), the Holy Spirit judgment threat, and the threat of unquenchable fire (Is. 5:24).

In v. 10, he says, “And even now the ax is laid to the root of the trees. Therefore every tree which does not bear good fruit is cut down and thrown into the fire.” If the repentance mentioned in v. 8 is not sought, the ax threat represents the demise of the Israelite nation. And seeing how this ax is laid to the root, this is not a mere pruning of the nation, but a wholesale destruction and removal thereof. The typological people, if they do not repent in and through Messiah, will be cut off and judged as God haters. If we were to fast forward to the end of Matthew, we would see that the people en masse solidify themselves in their rebellion, and they eventually opt for the capital death of the innocent Christ rather than that of the murderous Barabbas.

Judgment culminates in the destruction of the temple and removal of the Jewish nation in 70 A.D. Which had been a judgment predicted by Christ Himself in Matthew 24:2, when He says, “Do you not see all these things? Assuredly, I say to you, not one stone shall be left here upon another, that shall not be thrown down.”

The next threat is mixed with a promise. The promise, of course, must be referred to God’s elect, “I indeed baptize you with water unto repentance, but He who is coming after me is mightier than I, whose sandals I am not worthy to carry. He will baptize you with the Holy Spirit…” It’s the last two words of v. 11 that represent the judgment, “and fire.” Fire may be an allusion to Pentecost. However, in the immediate context, fire is only used for judgment in vv. 10, 12. So, I take the fire in v. 11 as referring to the judgment upon unrepentant Israelites whilst the baptism of the Holy Spirit applies to those whom God will graciously save in and through Jesus Christ.

The third threat is that of the wheat and chaff. The Lord will separate the two with His winnowing fan until all that is left is a truly regenerate people. Such corporate purity is a promise of the New Covenant in contrast to the mixed (corpus permixtum) nature of the Old Covenant, “No more shall every man teach his neighbor, and every man his brother, saying, ‘Know the LORD,’ for they all shall know Me, from the least of them to the greatest of them, says the LORD. For I will forgive their iniquity, and their sin I will remember no more (Jer. 31:34).” If ethnic Jews are not true Jews through the blood and righteousness of Jesus Christ, not only will their nation be destroyed (since the Old Covenant is now annulled, cf. Heb. 8:13), but they themselves will be cast into the fires of judgment along with all the unbelieving Gentiles, “His winnowing fan is in His hand, and He will thoroughly clean out His threshing floor, and gather His wheat into the barn; but He will burn up the chaff with unquenchable fire (Matt. 3:12).”

What a sobering reminder that the only distinguishing factor between Christians and those who will experience eternal judgment is the Lord Jesus Christ. We cannot claim the faith of our parents at the judgment. Our family lineage will be irrelevant. And any pleas made upon the notion of our good works will be met with divine wrath. Only God can make children of Abraham. Only the grace of Christ can assemble a holy nation (1 Pet. 2:9). And only Christ, the final Adam, can bring His people back to God. We should, then, see Matthew 3:5-12 as a warning: Do not make the same fatal error of the Pharisees and Sadducees, who “trusted in themselves that they were righteous (Lk. 18:9).” The only proper object of our faith is God—Father, Son, and Holy Spirit.