Spurgeon on the Stiff & Stilted Pastor 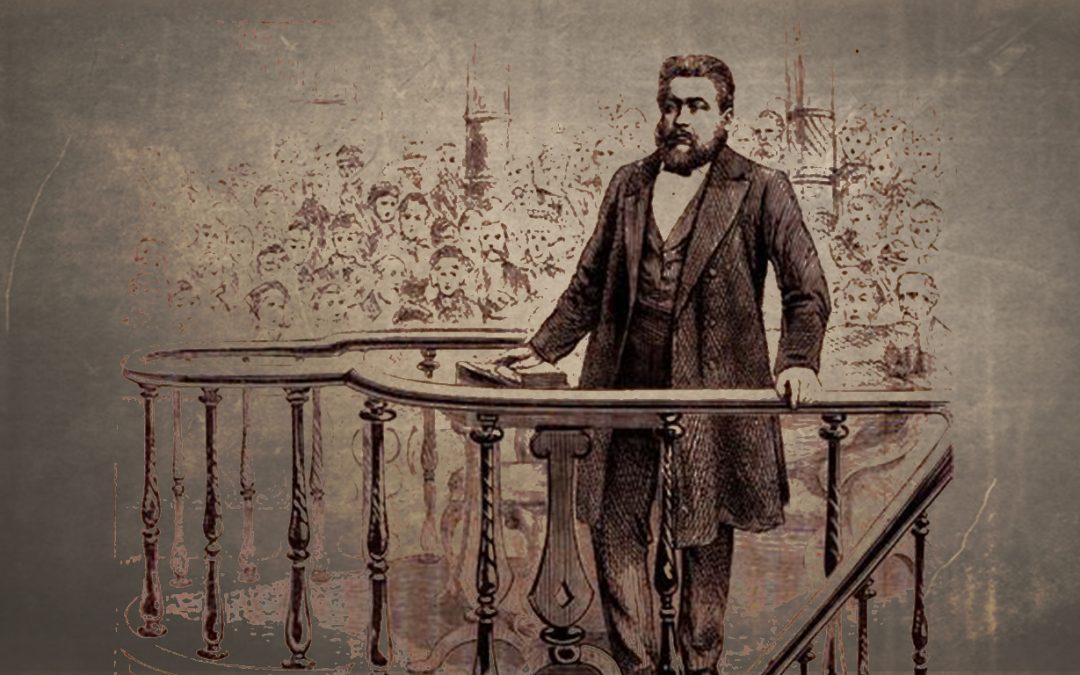 Long has it been the expectation of social Christianity for clergy to maintain a sort of aloof and other-worldly demeanor among their congregations. It seems odd, think many, for the pastor to demonstrate some likeness or continuity between  himself and the members of the church the Lord has called him to serve. When he discloses his interests, hobbies, or shows others he, too, is indeed capable of “having fun,” the reaction is not necessarily one of recoil, but perplexity.

This somewhat amusing dynamic between a pastor and his people isn’t only cause for a chuckle, it should—I believe—be the object of some serious concern. Such an aloof attitude, while succeeding at a level of professionalism, can end in a sort of isolation or separation of the pastor from his flock. Such a disjointment often results in the pastor’s ignorance of the congregational pulse. “Where are they, doctrinally and practically? What are their needs? Who are they? How should I pray for them?” are all questions which may lack answers if such “professionalism” is allowed to form a wall between the under-shepherd and the sheep entrusted to him by Christ.

The Prince of Preachers, Charles Spurgeon, saw the dangers of such an approach. In his Lectures to My Students, ch. 12, he writes on ‘The Minister’s Ordinary Conversation’. If our day has yielded its fair share of superficial, stereotypical ministers, Spurgeon’s day is no exception. He writes, “let [the minister] remember that the more simple and unaffected he is, the more closely will he resemble that child-man, the holy child Jesus.” Such a statement discloses to us Spurgeon’s heart on the matter. He goes on, “I have been irresistibly led to remember some of my dignified brethren of the teaching and preaching fraternity, who are so marvelously proper at all times that they are just a shade amusing. Their very respectable, stilted, dignified, important, self-restrained manner is easily acquired; but is it worth acquiring (Lectures, 166)?”

Spurgeon understood that, at the end of the day, such decorum may, in point of fact, serve as nothing but a façade. It is the fabricated wall placed between the sheep and their under-shepherd—all, of course, in the name of professionalism. Such a formalization of the ministerial office isn’t helpful, neither to the minister who is in need of knowing his people, nor to the laity who are in need of being known by their under-shepherd.

The Inhumanity of Stilted Ministers

The minister of the gospel should be relatable. The under-shepherd is but a fellow sojourner on this earth en route to the Celestial City. Nothing avails the pastor who would pretend this is not the case by abstracting himself from the rest of the flock. He must labor to see himself as a fellow parishioner. Spurgeon writes, “We must have humanity along with our divinity (Lectures, 167).”

The religious elite of Jesus’ day placed between themselves and the common-folk an insurmountable barrier. This is part of the reason Jesus’ relatability was quite the taboo in their eyes. “Why do You eat and drink with tax collectors and sinners (Lk. 5:30)?” they would ask. Jesus, relating their own sentiments, says, “The Son of Man has come eating and drinking, and you say, ‘Look, a glutton and a winebibber, a friend of tax collectors and sinners… (Lk. 7:34).’” Jesus was profoundly relatable. If anyone possessed the social credit to exalt themselves above others, it was Jesus Christ. Yet, in His ineffable humility, He is seen relating to the people throughout the gospels.

Unlike Jesus, gospel ministers have no social credit granting the warrant for self-exaltation, yet it is often the gospel-minister who sees himself as one above his fellow congregants; if he doesn’t really think this way, chances are he acts this way. For this reason, it is difficult for the laity to personify their spiritual leaders. And this is a problem. The person who ought to be the most relatable is often the most isolated, abstract, and unapproachable.

The Effeminacy of Stilted Ministers

There are several things in this chapter worthy of serious consideration. Spurgeon is not deriding any and all professionalism for those who hold the pastoral office. Quite to the contrary, he is arguing for a genuine relatability which nevertheless maintains a self-conscious awareness of how special and important the ministerial office is. This does not, however, require inaccessible formalism. For Spurgeon, such attempted transcendence on the part of the pastor is emasculating. In a whirlwind of wit made of one part hilarity and another incisiveness, he writes:

A well-known minister was once rebuked by a sublime brother for his indulgence in a certain luxury, and the expense was made a great argument. “Well, well,” he replied, “there may be something in that; but remember, I do not spend half so much upon my weakness as you do in starch.” That is the article I am deprecating, that dreadful ministerial starch. If you have indulged in it, I would earnestly advise you to “go and wash in Jordan seven times,” and get it out of you, every particle of it. I am persuaded that one reason why our working-men so universally keep clear of ministers is because they abhor their artificial and unmanly ways.

The pseudo-fundamentalism of the 50s and 60s bred an oversimplified understanding of Christian theology, in the name of practicality, while at the same time encouraging a lucidly impractical division between minister and laity. For this reason, no matter what he said from the pulpit, the pastor failed to engender a truly practical disposition toward his people. He was and often is seen as a school-boy who can’t relate to wrench-turners, horse-boarders, or factory workers. The pastor’s hands are soft, and his inaccessible formality rightly represents his aloof ignorance of a genuine, practical masculinity. The pastor may be able to diagram a Bible verse in Greek, but the laity knows he hires someone to mow his lawn.

This is perhaps more true today than it was in Spurgeon’s. During my time in college, I was astounded at the number of seminary students who were attending credit courses on their wives’ hard-earned dime! Such a strategy sets the gospel-minister up for failure. The time will come when he is called to a church only to find himself in the midst of a bunch of men who would never think of doing such a thing.

There are two extremes to which pastors most often swing. Either they are overly self-deprecating (and this actually bleeds into a depreciation of the pastoral office); or they are hyper formalized. Neither of these extremes are good. The man of God must be guided by the Word of God, and his attitude and disposition, public and private, must be soaked in prayer. A hyper-formalized minister does nothing but regurgitate what he wanted to study throughout the week. Often, he has no idea whether or not it was what his congregation truly needed. And this is because he has placed a wall between himself on the one side and them on the other.

We need gospel men to inherit pulpits, who are concerned not with formality so much as they are concerned with bringing the whole Christ to their congregations every Lord’s Day.