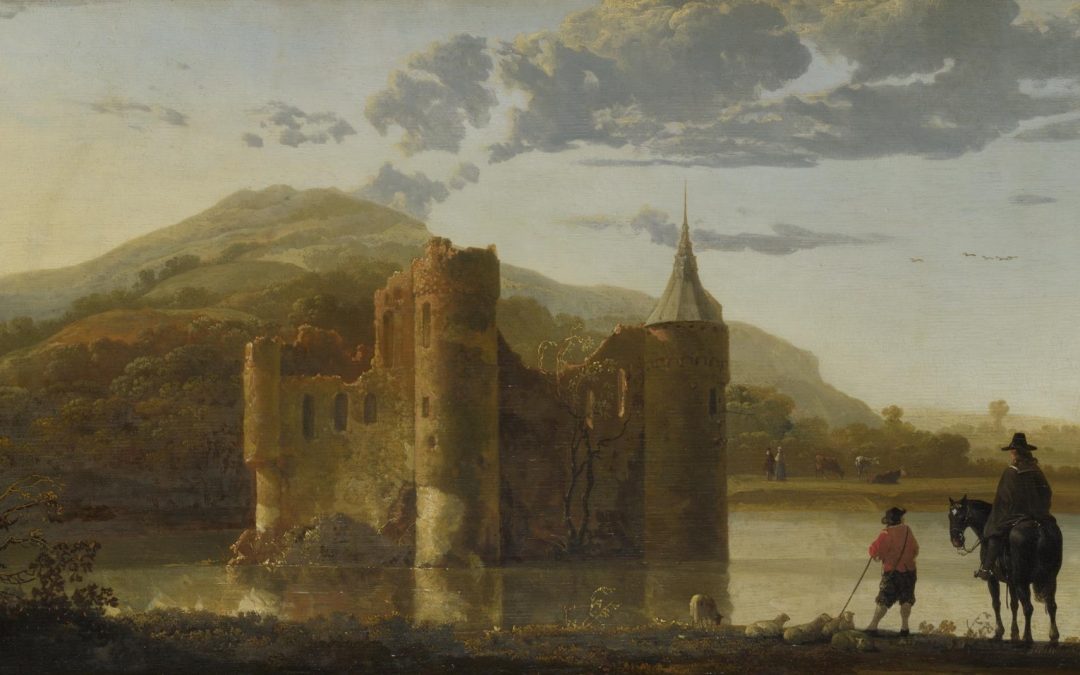 Power, as a divine attribute, leads us to consider the administration of it in God’s sovereign dominion. There are basically three ways in which God exercises or has exercised sovereign dominion over the created economy. We may as well call these “the three modes of His kingdom” or modes of His sovereign rule. First, through nature, God rules and reigns over the kingdom of creation, or what some have called “the common kingdom.” Second, through the typological-redemptive kingdom of Israel as revealed in the Old Testament. Third, through the kingdom of His grace which especially terminates upon His church, that is, God rules His church in a distinct way from that of Old Testament Israel and also the common kingdom.

First, there is the kingdom of creation is God’s administration of His sovereign might through not only creation but also the providential ruling of all creation. In Isaiah 66:1, the LORD says, “Heaven is My throne, And earth is My footstool.” In psalm 103:19, we read, “The LORD has established His throne in heaven, And His kingdom rules over all.” The kingdom of creation is God’s universal rule over the entirety of the natural world. The Holy Trinity, Father, Son, and Holy Spirit have an unlimited and unqualified rule over all the universe. It’s within this kingdom where we find the laws of nature, every society and culture of man, every civil institution, and every king and prince whom God is pleased to either establish or destroy.

This kingdom of creation is administered through covenants—the creational covenant between God and Adam, and following its violation, the second creational covenant which God made with Noah. The covenant of creation made in the garden, sometimes called a covenant of life or covenant of works, is mentioned in Hosea 6:7, where we read, “But like Adam they transgressed the covenant; There they dealt treacherously with Me.” Rashi, the Jewish Rabbi and Old Testament commentator of the middle ages agrees that this term, commonly translated “man” in English, ought to be translated to the proper name, “Adam.” Following the violation of this covenant, and proceeding the flood, God was pleased to make yet another covenant, this time with Noah, where He would regulate the world by civil justice on account of sin.

In addition to this kingdom of creation, which is nothing less than the administration of God’s sovereign might over all things, the Lord has been pleased to establish kingdoms within this kingdom. Not only are all the kings of the earth established under the creational kingdom, but on account of God’s special purpose, He establishes particular kingdoms through which He accomplishes His redemptive purpose in a very explicit way. And this brings us to the second way in which God has exercised His sovereign rule.

Second, there is the typological-redemptive kingdom of Israel, which came through the Abrahamic, Mosaic, and Davidic covenants. Israel is God’s Old Testament nation, located right in the midst of the pagan world. And the purpose of His rule in and through that kingdom was chiefly the preservation of the Seed of the woman, the Lord Jesus Christ. Genesis 49:10 says, “The scepter shall not depart from Judah, Nor a lawgiver from between his feet, Until Shiloh comes; And to Him shall be the obedience of the people.”

The purpose of this survey is to give an example of how our Lord administers His sovereign dominion in a multifaceted way: through creation, through Israel, and through the church. These are three domains, or three kingdoms. Interestingly enough, this doctrine of God’s sovereignty actually informs our political theology as Baptists. Whereas the kingdom of Israel is no more, there being only the kingdom of creation and the kingdom of the Son manifest in the church, we have two domains wherein God rules—two kingdoms.