To Whom was the Old Testament Written? 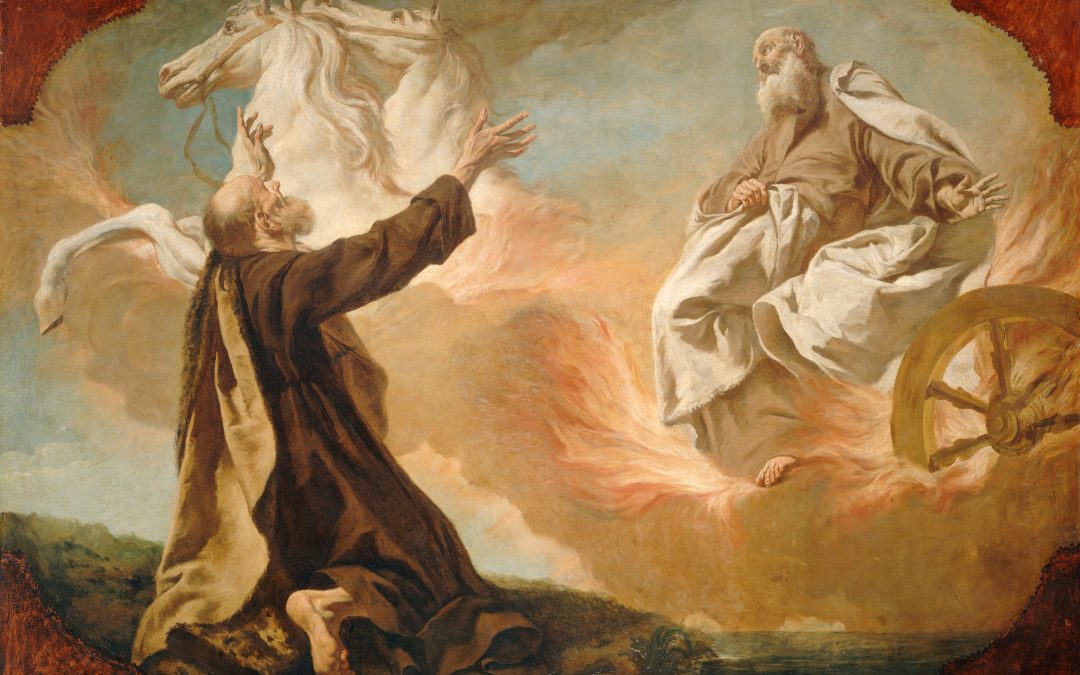 Biblical interpretation must be informed by the Bible’s interpretation of itself. The analogy of Scripture states that clearer texts illuminate less clear texts. The Second London Baptist Confession states, “The infallible rule of interpretation of Scripture is the Scripture itself; and therefore when there is a question about the true and full sense of any Scripture (which is not manifold, but one), it must be searched by other places that speak more clearly (1.9).” Such a rule also implies that the Bible is in authoritative dialogue with itself. For example, when we encounter New Testament commentary upon the Old Testament it is a divinely authoritative commentary with which we must reckon.

Having said this, many Christians do not know what to do with the Old Testament or where to place it in terms of its significance for the Christian life. Yet the Scriptures give us numerous examples helpful for discerning the nature of the relationship between Old and New. Before we visit some of these examples, we will ask and answer the question, “Is the Old Testament for us?”

By “us” I mean the New Testament church, all those in Christ following the incarnation, sufferings, and glories of Christ. We will then ask the question, “Are only some things in the Old Testament for us?” And thirdly, we will consider the Old Testament saints in light of our answers to the first two questions.

Is the Old Testament for us?

Paul addresses 2 Corinthians to the church at Corinth (2 Cor. 1:1, 2). But in v. 20, he writes, “For all the promises of God in Him are Yes, and in Him Amen, to the glory of God through us.” The Old Testament was, of course, the reference point for this comment. At that time, the canonization of the New Testament was not yet settled, much less known and possessed in common by the first century Christians. The Scriptures that they did know and possess, however, were the Old Testament books. In 2 Corinthians 10:11, we read, “Now all these things happened to them as examples, and they were written for our admonition, upon whom the ends of the ages have come.” The wilderness wandering happened as an example to us (the New Covenant church), and they were written for our instruction. Thus, the Old Testament was, in some way, written to Christians living on this side of the first coming of Christ.

This becomes all the more clear in texts like 1 Peter 1:10 which tells us, “Of this salvation the prophets have inquired and searched carefully, who prophesied of the grace that would come to you…” The prophets inquired of and searched out “this salvation.” These were the prophets who “prophesied of the grace” that would come to us, namely, the New Testament church. And in v. 12 we read that these things were “revealed that, not to themselves, but to us they were ministering the things which now have been reported to you through those who have preached the gospel…” The “to us” (ἡμῖν) in v. 12 is in the dative case which means “us,” i.e., the New Testament church, are the proper recipients of the Old Testament.

The Old Testament is for us, but in what way? Or, to what extent?

Are Only Some Things in the Old Testament For Us?

It may be readily granted that at least some Old Testament passages were divinely intended for the New Testament church. At the same time, some things may be withheld from such an application on the basis that the immediate historical context would not allow this or that promise to be transferred to the church in any way. Usually, these promises consist of the promised land and the eschatological temple since these appear to be uniquely restricted to national Israel. But if the entirety of the Old Testament subserves Christ in some way, then it would seem to follow that the whole of the Old Testament is written to those for whom Christ has given Himself.

In Luke 24:27, Luke tells us how our Lord taught His disciples on the road to Emmaus: “And beginning at Moses and all the Prophets, He expounded to them in all the Scriptures the things concerning Himself.” Notice the grammar. “Moses and all the Prophets” is a gloss for the entirety of the Old Testament. And it was “in all the Scriptures” that Christ found opportunity to expound the things concerning Himself. Not some, but all Scripture provided occasion for Christ’s exposition of Himself. Here, we have an explicit statement in the New Testament that tells us that the Old Testament is both Christocentric, that is, it is all about Christ; and also that it is Christotelic, or aimed at Christ as its end.

Colossians 2:3 says that it is Christ, “in whom are hidden all the treasures of wisdom and knowledge.” All wisdom and knowledge in the Old Testament are, therefore, fully found in Christ and thus received by all who receive Christ. Romans 11:36 says, “For of Him and through Him and to Him are all things, to whom be glory forever. Amen.” All things, including the Old Testament, are purposed toward Christ. The entirety of Old Testament canon is for Christ and thus must also be for those whom He represents—His elect lady, the church.

What About the Old Testament Saints?

Speaking of the faithless Israelites, Hebrews 4:2 says, “For indeed the gospel was preached to us as well as to them; but the word which they heard did not profit them, not being mixed with faith in those who heard it.” Though this text has immediately in view the faithless Jews, it also implies that the gospel so clearly presented in the New Testament was the same gospel that was preached to the Old Testament saints. Furthermore, they are explicitly said to be one body with the New Testament church. Ephesians 3:6 reads, “that the Gentiles should be fellow heirs, of the same body, and partakers of His promise in Christ through the gospel…” The same body with whom? The saints of Old Testament Israel. Ephesians 2:18 says, “For through Him we both (Jew and Gentile) have access by one Spirit to the Father.” All this adds up to the fact that the Old Testament was for them as well as to us. As Charles Spurgeon puts it, “The aggregate of all these assemblies of faithful men make up the one Church which Jesus Christ has redeemed with His most precious blood, and of which He is the sole and only Head. Part of that Church is in Heaven, triumphant!” (Emphasis added)