Trading the Lord’s Day for… Christmas? 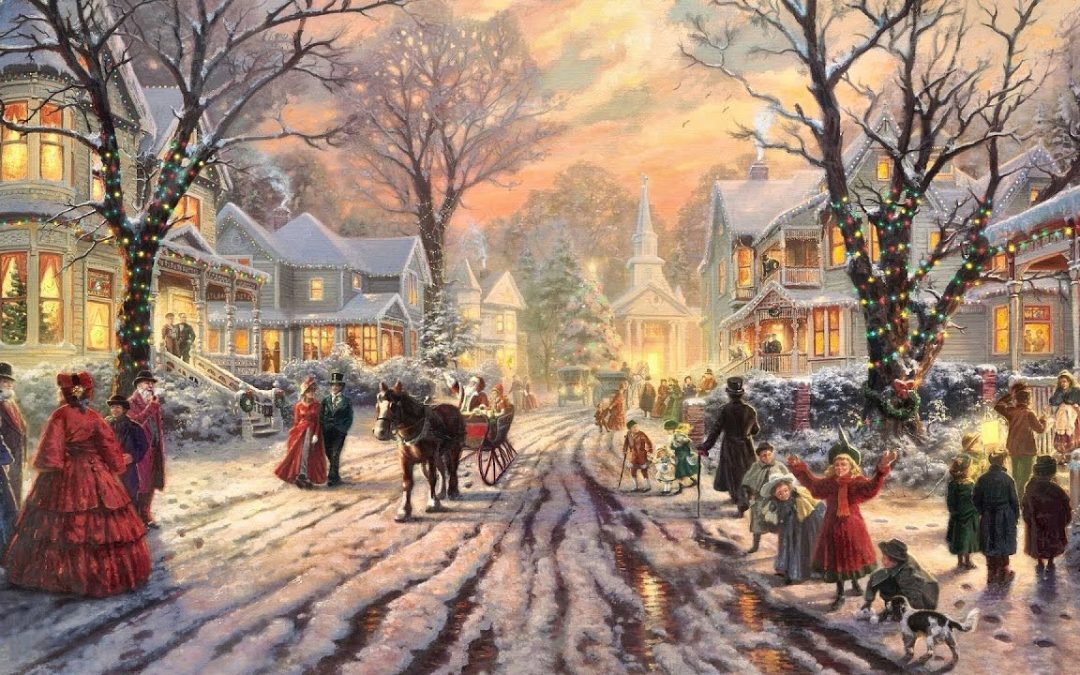 The Gospel Coalition (of course) recently published an article by Fletcher Lang in which Lang defends his church’s decision to cancel services on Sunday, December 25. The article is in response to an earlier piece written by Kevin DeYoung admonishing pastors to hold Lord’s Day services regardless of its “conflict” with Christmas. One has to either laugh or cry at the dialectic represented by The Gospel Coalition’s efforts to actually discuss whether canceling church on Christmas day is a viable option by any standard of ecclesiastical orthodoxy. It shouldn’t even be considered a debate.

Yet, here we are.

In his article, Lang walks through two main points to try and substantiate his church’s decision to cancel services on Christmas. Below, I would like to test each of these points for biblical wisdom and rationale.

This is not an argument. It’s a bad rhetorical statement. The thoughtful reader should easily pick up on the subjective nature of language like “our context.” What is Lang’s context? The Boston, MA metro, secular neighbors, a rented space, and a “transient” culture—by which he means, “many of our most committed members are traveling around the country or world for Christmas and are unable to run set up chairs and run sound.”

So, it’s logistics? And it’s not just logistics, it’s (mostly) unnecessary logistics. Lang has 100 people at his church plant. One to three people could set up 100 chairs within 20 minutes. Sound? Audio/visual has always been a convenience, not a necessity. How did all those poor churches in the 1800s (and prior) survive without artificial audio projection!

Now, aside from the obvious holes in Lang’s reasoning, Scripture hardly qualifies when it commands the assembling of God’s people. (Heb. 10:24-25) Sure, there are providential hindrances that result in a missed service here and there for some, but these are actual hindrances, not self-imposed obstacles or less-than-ideal circumstances. Consider the early church. One only needs to read through the first few pages of Foxe’s Book of Martyrs to see how the “context” of the early church made things difficult for Christian assembly.

And yet those saints of old assembled notwithstanding the threats to their lives or the lives of their families. The modern “church” isn’t built that way. If Christmas is an obstacle, persecution would be insurmountable!

Our culture of ease and entitlement has made our sense of conviction exceedingly dull.

Lang claims that “we have freedom to meet or not on special Sundays like this.” The issue here has to do with Scriptural authority. Who made the Sunday in question “special”? God or man? Where in Scripture is any other day except the Lord’s Day instituted by God, especially in terms of New Testament worship? Lang’s “liberty” is tantamount to a denial of the perpetuity of the 4th commandment, “Remember the Sabbath day, to keep it holy.” (Ex. 20:8) The Second London Baptist Confession reads:

The sabbath is then kept holy unto the Lord, when men, after a due preparing of their hearts, and ordering their common affairs aforehand, do not only observe an holy rest all day, from their own works, words and thoughts, about their worldly employment and recreations, but are also taken up the whole time in the public and private exercises of his worship, and in the duties of necessity and mercy. (22.8)

We should be quick to confess the doctrine of Christian liberty, but we should be careful not to use that liberty as a pretense for sin.

Hebrews 10:25, which Lang cites, is not simply the prohibition of habitual absence from church on the Lord’s Day. It’s a regulatory commandment. It’s a commandment because even though the “let us” in v. 24 is in the subjunctive, it functions imperatively since it regulates religious behavior. The “assembling of ourselves together” is integral to an ordinary pattern of Christian worship. The “manner of some” is to neglect that pattern. They have made a custom out of neglecting the Lord’s Day. This may be a weekly, monthly, or an annual pattern of negligence. The text does not specify. The point here is the establishment of a religious norm according to which the people of God are to live—regular worship on the Lord’s Day, the first day of the week.

Lastly, Lang tries to apply the principle of Christian liberty from Romans 14:5-7. He says, “We all agree Christmas Day is a special day. It’s not ‘just another Sunday.’” But not everyone agrees with this. Liberty cuts both ways. While Christians may have the liberty to esteem Christmas day as a special day, and I believe they do, they also have the liberty to maintain the ordinary pattern for Christian worship even if it falls on Christmas day, and this is what Lang doesn’t seem to realize. He and the elders of his church are subtly requiring that all 100 members of their congregation forgo ordinary worship at their church on the Lord’s Day in observance of Christmas Day—a man-made holiday.

Under pretense of “Christian liberty” Lang’s church, and others like it, are binding the consciences of those who believe they ought to be able to worship God on Sunday, December 25 at their home church. Lang and company are using their “liberty” to infringe upon the liberty of others.

But this isn’t even the most salient point. The weightier matter is canceling a God-ordained day in favor of a man-ordained day. And this is a travesty. Even if all 100 members of Lang’s church wanted to shut the doors on December 25, that’s simply not a decision man gets to make.

While many Christians will no-doubt celebrate Christmas with their families, we must remember that Christmas observance is an extracurricular activity and is not part of biblically-ordained Christian worship. God has ordained one day, marked by the resurrection of the incarnate Son, which is to be observed until the end of the ages, and that is the Lord’s Day. And the Lord’s Day ought not be supplanted by either secular affairs or man-made customs. Such would be to disobey the Scriptural pattern of ordinary Christian worship.